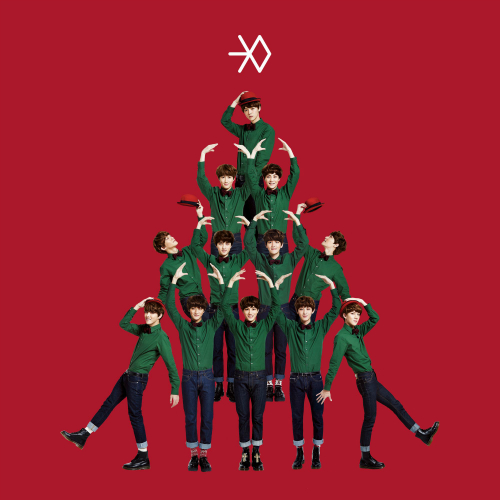 EXO, the hottest group of the year, has released a special album, “Miracles in December.” It consists of two CDs, including different versions of songs in Chinese and Korean. They have garnered much attention with their united and intense choreography. Yet the album, unlike their impressive stage performances, is rather sweet and soft.

The title track and the fifth track, “The First Snow,” are medium-tempo songs that talk about how one hopes to call an ex-lover on Christmas. In fact, the entire album is pretty Christmassy. The members’ singing abilities, which didn’t stand out on their previous album - perhaps because of too many mechanical sounds - definitely shine on their ballads this time around. As expected, even before its release, the album sold more than 40,000 copies via subscription, bought by ardent fans all over the world. However, for the general public, EXO’s distinct identity has faded, as it was built through their previous songs like “Growl” and “Wolf.” But then again, they are obviously a threat to lots of boy groups - because they can sing and because they are gorgeous.