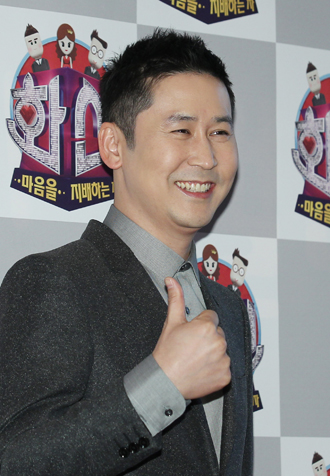 Prolific comedian Shin Dong-yub has a unique reason for appearing on as many TV programs as possible.

“I do relatively more because I’m afraid I’m going to start another business if I don’t,” he said during a press conference for the entertainment show “Beatles Code 3-D,” which airs on cable channel Mnet.

Shin said he often invests in a wide range of businesses, but many of them are unsuccessful and leave him with more debt. He also noted that while people like to talk about the shows he joins, they rarely mention the ones that go off the air.

His new program invites musicians to appear and show off their nonmusical talents. Shindong of the boy group Super Junior and Mir of MBlaq are regular members.