Hyo-ri to appear on all award shows

Hyo-ri to appear on all award shows 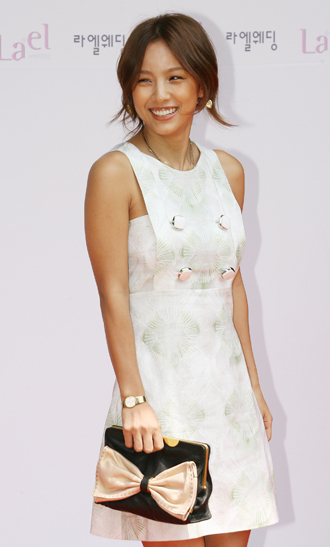 Lee Hyo-ri plans to appear at each of the three year-end music award shows hosted by the terrestrial channels KBS, MBC and SBS.

It will be the first time in 10 years for the singer to take part in all three award shows, ever since she released her first solo album, “Ten Minute,” in 2003.

Lee will perform on Dec. 27 for KBS and will then go on stage for SBS on Dec. 29 before finishing off on MBC on New Year’s Eve.

In May the star released “Monochrome,” her fifth album, three years after her previous record. She gained much attention for singles such as “Miss Korea,” which she composed, and “Bad Girl.”

Lee’s performances are hotly anticipated because they will be her first since she married composer Lee Sang-soon in September.

One report stated that Lee was preparing to team up with some other stars for her performances - CL of the girl group 2NE1 for SBS and hip-hop artist Tiger JK for another channel.

However, the singer’s agency did not confirm that report and said Lee is still planning what to do.