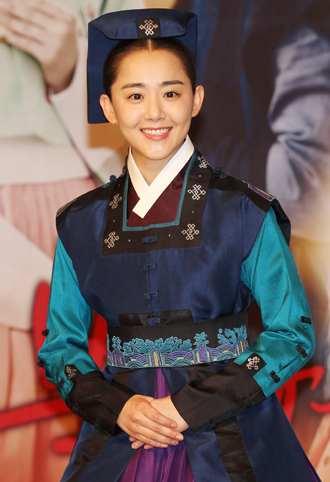 The MBC drama “Goddess of Fire, Jung Yi” ended its run in October, but many of the actors and crew who worked on the popular series, including actress Moon Geun-young, have reportedly not been paid.

According to local media reports, the production company behind the series, KPax, has been late with many payments.

As Moon was the top star of the series, her late payments reportedly total more than 100 million won ($95,100), although Moon’s agency, Namoo Actor, is saying they think the delay is just temporary and expect KPax to pay up eventually.

Because “Goddess of Fire” was an unusually long series - 32 episodes instead of the usual 16 or 20 - Moon’s salary was even higher than usual.

Other actors from the drama, including Lee Sang-yoon and Kim Bum, are also said to be talking with the production company about receiving their late salaries.

KPax is reportedly in a dispute with MBC over who has the lucrative overseas licensing rights to the series and plans on using the money it earns from international sales to fulfill its late payments to the cast.

KPax has also said fixing the crew’s late payments is a top priority.