Samsung Electronics chief to be at New Year’s event

Samsung Electronics chief to be at New Year’s event 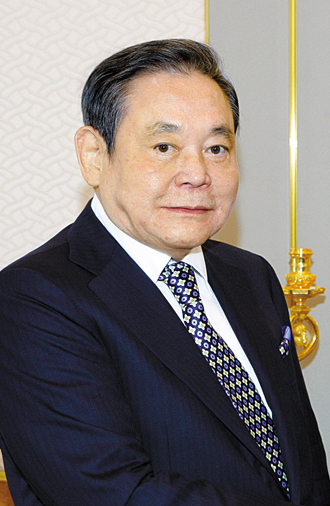 Samsung Electronics Chairman Lee Kun-hee will attend Samsung Group’s New Year ceremony to be held at the Hotel Shilla on Jan. 2, the group said yesterday, as interest has increased over what kind of message he will deliver at the start of Samsung’s third New Management decade.

The chairman, who has been living overseas since Dec. 3, has attended the New Year’s event since 2011 with a different message each time. In the 2013 event, he directed the group to work harder to survive fierce global competition, saying the future of the country’s top conglomerate depends on its number of top-notch products and services. In an October address that celebrated the 20th anniversary of his Frankfurt New Management declaration, he stressed a sense of crisis.

His heir-apparent, Jay Y. Lee, who is vice chairman of Samsung Electronics, also is expected to attend the 2014 New Year event, as are the chairman’s daughters, Lee Boo-jin, president of Hotel Shilla, and Lee Seo-hyun, president of Samsung Everland’s fashion business.

The chairman is planning to attend an intra-group annual award event Jan. 9 and will mark his 72nd birthday on the same day.