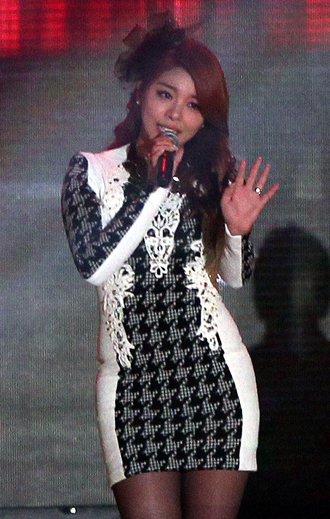 Singer Ailee will return to the music scene next month, once again working with the singer-songwriter Wheesung, who wrote her early 2012 debut song “Heaven.”

The two have teamed up to create “Improved Song,” reportedly Ailee’s first single from her new album release, scheduled to hit the stores on Jan. 6.

The new song is said to be a rock ballad, ripe for some serious emoting.

Considering the many successes Ailee and Wheesung enjoyed last year, despite tough competition from popular K-pop idol groups, Ailee’s agency says it is confident that the pair can once again rise to the top of the charts.

Prior to the release of “Improved Song,” Ailee will bring out a teaser video for the single on Jan. 4.