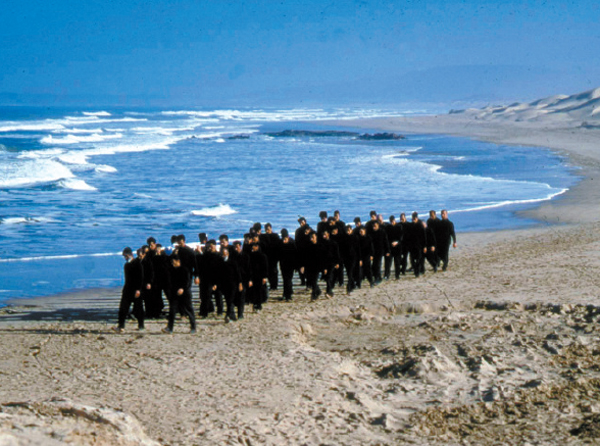 A still from the 2001 video work “Passage.” This will be screened at Iranian artist Shirin Neshat’s solo exhibition at the MMCA Seoul.

Many major Korean art museums’ exhibitions in the new year will be looking to shed light on groups of artists or themes that have often been overlooked in the past.

For example, the National Museum of Modern and Contemporary Art’s Seoul branch, the MMCA Seoul, will hold exhibitions of Asian female media artists. The Artsonje Center, located close to the MMCA Seoul, will hold a show of Korean and Middle Eastern artists that questions issues relating to the masculinity in patriarchal societies. In addition, the Seoul Museum of Art will have a show of foreign artists residing in Korea and an exhibition of African artists.

Exhibitions of works loaned from famous museums overseas are also lined up, including a Bauhaus exhibition at the MMCA Seoul, an exhibition of Impressionist and Post-Impressionist works at the National Museum of Art and a retrospective of Edvard Munch at the Seoul Arts Center.

Here are some of the most-anticipated exhibitions coming to Seoul this year. In addition to these exhibitions, there will also be several major biennials, including the 10th Gwangju Biennale and the 8th Seoul International Media Art Biennale, both coming this autumn. 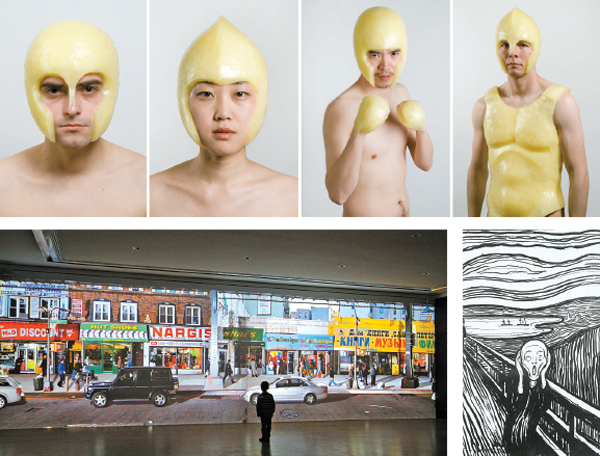 Above: Young Korean artist Beak Jung-ki’s photo series “Vaseline Football Gear”(2013) are part of “A Room of His Own” show at the Artsonje Center. Left of bottom. Yeondoo Jung’s video “Six Points” (2010) will be shown in his solo show at Plateau, Samsung Museum of Art. Right of bottom: A lithograph of the famed “Scream” by Norwegian artist Edvard Munch is part of his retrospective at the Seoul Arts Center.

Artsonje Center and five other

The exhibition will feature works by various artists inspired by the horizon, including famous conceptual artists like Vito Acconci of the United States and Jan Dibbets of the Netherlands as well as well-known Asian artists Shilpa Gupta and Kimsooja.

In this solo show, Yeondoo Jung, 44, one of the best-known Korean artists in the international art scene, will present his early media works about the dreams of ordinary people as well as his latest works focusing on human perspectives. One of the newest works he will unveil in this exhibition has been inspired by the girl group Crayon Pop.

This is a large-scale retrospective of Shirin Neshat, 56, the New York-based Iranian artist and film director. She has mainly used photography and video to talk about the complicated conditions and identities of Muslim women around the world. She has won top prizes for her work at the 1999 Venice Biennale and the 2000 Gwangju Biennale, while her film “Women Without Men” won her the Silver Lion for best director at the 2009 Venice Film Festival.

The exhibition will finish around July and will be followed by a group show of Asian female artists focusing on new media art. 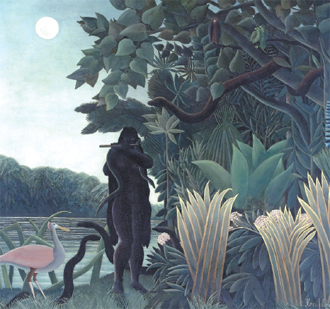 French artist Henri Rousseau’s “Snake Charmer” (1907) will be part of the “Beyond Impressionism” show at the National Museum of Korea.

Beyond Impressionism: The Birth of Modern Art

The exhibition will focus on late Impressionist and Post-Impressionist works, which show the transformation of social environment, thoughts and aesthetics in the West in the late 19th century and their impact on modern art. More than 70 works on loan from the Musee d’Orsay in Paris, including paintings by Claude Monet and Henri Rousseau, will be on display.

The exhibition will feature works by foreign artists who have lived in Korea for a long time and became a part of the Korean art scene, but are often still considered to be outsiders. The museum said the show will give fresh perspectives in the Korean art scene and will extend its horizon.

Edvard Munch: The Modern Life of the Soul

This is the first major Korean retrospective of the Norwegian painter Edvard Munch (1863-1944). Though his masterpiece “The Scream” is one of the best-known and most-parodied Western paintings in Korea, the local public has seldom had the chance to view his works in person. The exhibition will show about 100 pieces of Munch’s works on loan from the Munch Museum in Oslo, including a lithograph of “The Scream” and the paintings “Vampire” and “The Dance of Life.”

The collection of Leeum, ranging from Korean traditional art to foreign contemporary art, will be shown in a large-scale exhibition to celebrate the 10th anniversary of the nation’s biggest private museum. The artworks will be displayed not in a typical classification such as chronology, region or genre, but in fresh arrangements according to newly discovered associations between the works.

Bauhaus, a German school of design and architecture that operated from 1919 to 1933, is well known in Korea for its approach to combing art and technology and its enormous influence on modern design. This exhibition focuses on Bauhaus’s achievements and legacy in stage design and the performing arts. Stages designed by Bauhaus founder Walter Gropius will be reproduced at the MMCA Seoul in cooperation with the Bauhaus Dessau Foundation in Germany, and performances will take place on them. Korean artists inspired by the works of Bauhaus will also present their re-interpretations of Bauhaus.

A Room of His Own: Masculinity of Korea and the Middle East

This exhibition starts with such issues as the decline of men’s status and reverse discrimination against men, which have become hot topics in recent years in Korea, even though many consider Korea still to be a quite patriarchal country. The show intends to deal with the current identity of men from the point of view of artists not only in Korea, but also in the Middle East, another part of the world widely regarded as being heavily patriarchal, and connect these views with feminist studies.

This exhibition intends to introduce Africa’s concepts of art and design, which have been explored much less frequently in Korea than European and American art and design.