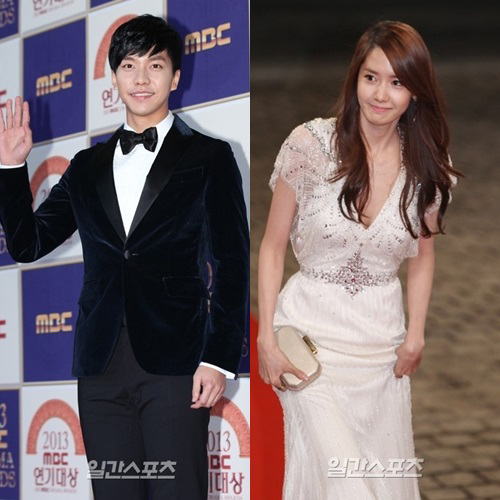 Actor Lee Seung-gi and Yoona of Girls’ Generation admitted yesterday that they are dating, following a local media report that said they are in relationship.

It is the first time either star has been publicly in a relationship, and Im Yoona is the first member of Girls’ Generation to admit to having a boyfriend.

The two reportedly started dating in September. Rather than being set up by mutual friends, they apparently met through television, after each mentioned on various talk shows finding the other attractive.

Among many mentions, Lee said Yoona was his type on SBS’s “Strong Hearts,” while Yoona returned the compliment in the documentary “Girls’ Generation’s Hello Baby,” which aired on KBS Joy back in 2009.

The original report that broke the news about the relationship said that so far most of the couple’s dates had been by car, to stay out of the public’s eye and maintain privacy. They visited parks near the Han River or Mount Namsan, just like other couples, but never left the car.