Hyundai to connect with wearables

Hyundai to connect with wearables

Hyundai Motor said yesterday owners of its new Genesis sedan will be able to use wearable devices, such as Google Glass, to connect to their vehicles for “pre-drive” functions like remote starts and checking for service information.

Hyundai, Korea’s largest automaker, said it plans to launch a Blue Link Glassware application next year with the all-new 2015 Genesis sedan in the United States. The Blue Link is Hyundai’s in-car infotainment system.

“We see wearables as a technology trend, expanding from fitness and health monitoring to broader applications,” Barry Ratzlaff, executive director of Customer Connect and Service Business Development, Hyundai Motor America, said in a release. “As a leader in connected car technology, we’re always exploring new ways to use technology to enhance the ownership experience for our customers. Wearables are a great way to extend the experience outside of the vehicle by leveraging these small screens to quickly access remote features and deliver timely vehicle information.”

The second-generation Genesis is what Hyundai Motor Group Chairman Chung Mong-koo described as a model incorporating the latest technologies. Hyundai has been saying that the new Genesis will be its main weapon to compete against German premium auto brands. 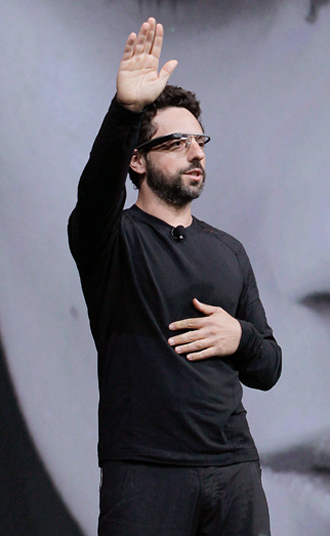 “Genesis is a unique take on luxury where the owner experience is enabled through the intelligent application of technology, features and services that empower the owner,” said Mark Dipko, director of Corporate Planning and Strategy at Hyundai Motor America. “We feel this vehicle is a great product to showcase how the latest technology can enhance the ownership experience and give owners more time and convenience.”

Hyundai said that since wearable devices have small screens, they can only show a limited amount of information. The wearables are not expected to have features used to drive the car. Already, some states in the U.S. are thinking of banning gadgets like Google Glass while driving.

“On Google Glass, vehicle information will be presented as cards optimized for the Glass user interface,” the company said in a statement. “Push notifications will alert the owner when maintenance is due and allow quick service scheduling by enabling the wearer to initiate a call using the device’s built-in functionality.”

The automaker said the application will also allow owners to access its Blue Link features, such as remote start, remote door lock and unlock and vehicle finder.

Nissan and Mercedes-Benz are also integrating wearable devices into their vehicles.

Last year, Mercedes-Benz announced it had developed a navigation system that utilizes Google Glass. The system will guide a driver to where his or her car is parked. Directions on the car’s navigation will help with driving, but when the drive is complete, Google Glass takes over and guides the person from the car to his destination.

The German automaker said it will offer the application when Google Glass is commercially released.

Nissan said it is developing its own wearable device called “3E,” which is described as an automotive version of Google Glass. The Japanese automaker already the unveiled the Nismo smartwatch last year, which allows drivers to monitor their vehicle’s fuel consumption and performance level.

Hyundai is expected to demonstrate its wearable device application before the International CES technology trade show in Las Vegas on Monday.