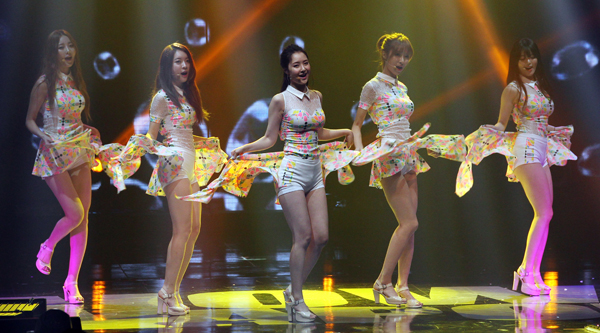 The EP is titled “B.B.B.,” and its lead-off single is the title track, which stands for “Big Baby Baby.”

The title song was composed by popular producer Shinsadong Tiger and is about how a man can change and become like a child after being in a relationship for a while.

The album, including a remixed version of the title song, has five tracks.

“The group, which is celebrating its third anniversary, has tried to show something new in its music, fashion style and performance,” said its agency, Happy Face Entertainment.

The group also had a showcase to commemorate the release of the new album and will perform on TV music programs starting this week.