What a concert says about China

What a concert says about China 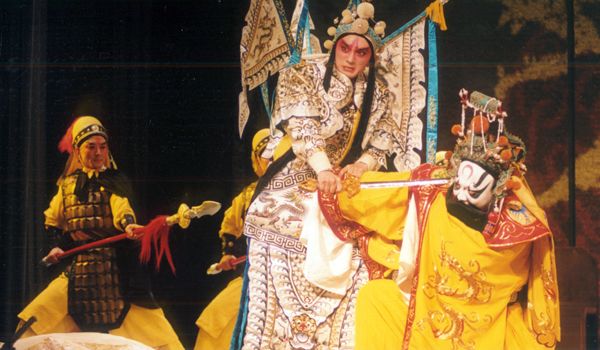 On the evening of Dec. 30, 2013, some 100 Chinese leaders gathered at the National Center for the Performing Arts in Beijing. All seven members of the Politburo Standing Committee of the Communist Party, including Chinese President Xi Jinping, secretaries of the Communist Party and deputy premier-level cabinet members were in attendance. But they didn’t get together to discuss national affairs. As the Year of the Horse was approaching, they celebrated with some comedic plays.

The cultural event has become an annual gala since 2007. The leaders didn’t wear ties, but instead wore bright smiles. They shook off the burden of state administration for a moment and enjoyed the performances. However, the Chinese-style administrative code was hidden even in the casual atmosphere.

The pieces performed that day were different from previous years. Until last year, the program mostly included Peking Opera pieces. Opera is China’s cultural heritage and represents Chinese culture, and Beijing is symbolically the center of power. But this year, in addition to Peking Opera, 12 other pieces were performed, including the Lu opera from Shandong Province, Jin opera from Shanxi and Chuan opera from Sichuan. The program was a signal to bring down the walls between traditional cultures and to pursue diversity.

It was also a prelude to a new Hundred Flowers Campaign for Chinese culture. At the end of last year, President Xi visited Qufu in Shandong, the birthplace of Confucius, and declared the “creative modernization of traditional culture.” The repertoire of the event reflected Xi’s attitude. There were many stories advocating fairness, justice and anti-corruption, along with nonpolitical pieces about filial piety and love.

The production was directed by the master filmmaker Zhang Yimou, who is facing a large fine for having more children than allowed by law. The decision to have him direct the show suggests that the Chinese government acknowledges his artistic excellence regardless of his legal violation. It is unprecedented that martial arts performances were not included in the program to entertain the guests. Until last year, a martial arts show began the performance to elevate the spirit of the audience and to stress the pledge by the leaders not to forget their revolutionary commitments. But this year, various talent shows replaced the martial arts presentation. This program showed that China can now pursue harmony instead of struggle, and flexibility instead of rigidness.

For the first time, senior revolutionaries were not invited, a declaration that age-based politics is no longer an axis of China’s power. The Chinese way of dealing with cultural administration is to present a New Year’s message to the people while its leaders enjoy a show. So why don’t Korean political leaders get together to watch a play or a movie? They could watch the musical “Yi Sun-shin” or the film “Taegukgi.” Then they could contemplate Korea’s current situation. If they don’t feel like watching serious stuff, they could choose a comedy. If they laughed together, perhaps they wouldn’t fight so much this year.