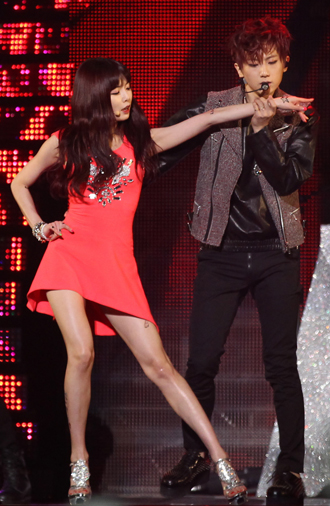 Cube Entertainment filed a formal complaint at the Supreme Prosecutors’ Office on Thursday, asking the authorities to investigate who spread false rumors about the members of Trouble Maker, singers Hyun-A of the girl group 4Minute and Hyun-seung of boy band Beast.

Earlier this month, rumors swept the online world that Kim Hyun-A was pregnant and Jang Hyun-seung was the father.

“Because of the untruthful rumors, not just about Hyun-A and Hyung-seung, but their families and the agency has experienced a lot of damage,” the complaint said.

“If a guilty act can be found after a meticulous investigation, we want [the people who spread the rumors] to be severely punished.”