Today and Saturday: The acclaimed German guitarist Martin Schulte is coming to Korea for his first concerts in Seoul. He is mostly famous for his unique music style, improvising punk, pop and rock stylings to generate his own genre. Schulte is planning to showcase songs from his new album, “Pieces of Astoria,” for his shows in Seoul.

Friday and Saturday: The renowned Italian chamber orchestra I Musici is holding a concert to celebrate the new year.

The orchestra was formed in 1952 by 12 musicians who graduated from Santa Cecilia Conservatory of Music, the notable Italian music school. On the first day of the concert, the orchestra will play opera pieces including Paganini’s Variations for the fourth string on a theme from Rosini’s “Moses in Egypt,” Mascagni’s Overture from “Cavalleria Rusticana” and Vivaldi’s “Four Seasons.”

On the second day, the program is comprised of works such as Corelli’s Concerto Grosso and Vivaldi’s Concerto for Strings.

Feb. 7 to 9: The New Age pianist Yiruma will perform in Seoul next month, the final stop on his national tour for his eighth album,

“Blind Film.” Yiruma began his national tour in October and has played in 30 cities around the country. 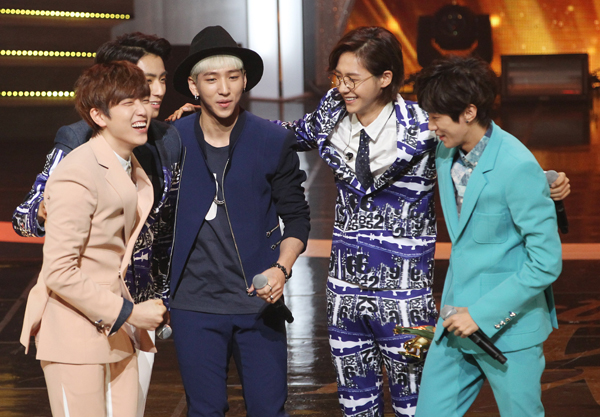 Feb. 15 and 16: K-pop group B1A4 is holding their third concert tour in time for the release of their new album, “Who Am I.” During the two days, B1A4 will perform an array of hit songs, ranging from “What’s Happening?” to their latest single “Lonely.”

Feb. 19: Canadian pop star Avril Lavigne will be coming back to Seoul for the first time in three years, as part of her Asia tour.

It’s her sixth visit to Korea, and this time she’ll be presenting songs on her fifth album, “Avril Lavigne.” The album includes her new hits, “Here’s to Never Growing Up” and “Rock’n’Roll.”

Feb. 22: The classical crossover group Il Divo, famous for their versions of songs from musicals, like “Bring Him Home” from “Les Miserables” and “Music of the Night” from “The Phantom of the Opera,” is coming to Korea. The “popera” group is composed of tenors David Miller and Urs Buhler, baritone Carlos Marin and French pop singer Sebastien Izambard.

To Saturday: John Logan’s 2010 Tony Award-winning play is being staged with Kang Shin-il taking the role of Mark Rothko, the fastidious painter, and Kang Pil-suk as his assistant, Ken.

To Jan. 29: This musical is based on songs by the late Kim Kwang-seok, one of Korea’s most important and beloved singers from the late 1980s and early 1990s, before his untimely death in 1996.

“December” is a story of tangled love. Ji-wook and his best friend, Hoon, both loved E-yeon, who disappeared without a trace when they were in their 20s. But then the past and present collide.

THE SOUND OF MUSIC

To Feb. 2: The stage version of the “Sound of Music” will be performed by Korean actors and actresses. The story is already famous in Korea, as it is in most of the world, thanks to the 1965 movie that was based on the Broadway play, starring Julie Andrews and Christopher Plummer. Singer So-hyang is one of the musical’s three Marias. 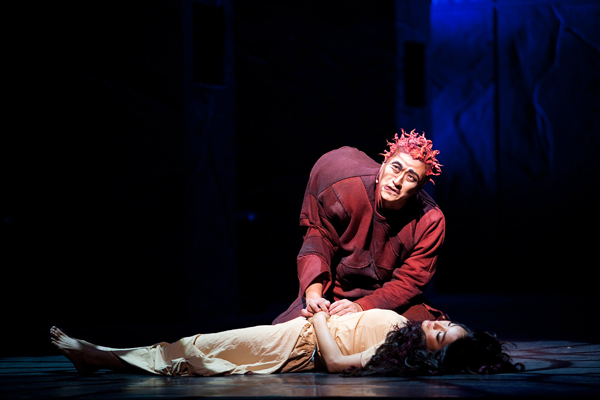 Musical “Notre Dame de Paris” is coming back for an eight-day encore performance. See THEATER, below. Provided by the organizer

Feb. 3 to 11: “Notre Dame de Paris” is back for eight more shows at a new location. The encore show will have the same stellar cast, including diva Bada. The musical tells the story of the hunchback who lives in Paris’s most famous cathedral, Quasimodo, and the woman he loves, the gypsy Esmeralda.

To Feb. 23: This musical version of “Carmen” is not based on the famous opera by Georges Bizet, and only slightly on the original novella by Prosper Merimee. With music by Frank Wildhorn, lyrics by Jack Murphy and Norman Allen, and direction by Gabriel Barre, the musical “Carmen” made its debut in 2008 in Prague.

To Mar. 23: The original production of the musical “Jersey Boys” is coming to Korea for the first time, with music by Bob Gaudio, lyrics by Bob Crewe. Based on the book by Marshall Brickman and Rick Elice, the musical is presented in a documentary-style format, telling the story of the 1960s rock’n’roll group The Four Seasons. Famous songs from the musical include “Big Girls Don’t Cry,” “Sherry,” “Can’t Take My Eyes Off You” and “Oh, What a Night.”

Jan. 31 and Feb. 1: To celebrate the Year of Blue Horse, the National Gugak Center will host a gugak (Korean traditional music) symphony under director Kong Woo-young. The repertoire includes folk songs from Gyeonggi. If you arrive two hours before the show, you can enjoy the new year’s festivities by playing Korean traditional games like neolttwigi and spinning top for free. 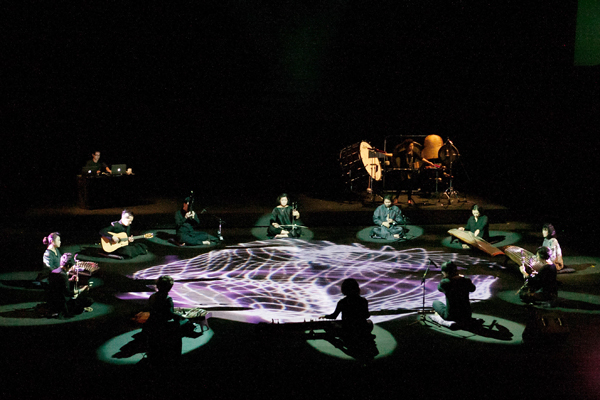 Feb 14. to 16: Korean traditional musical storytelling genre pansori will be performed in Chungmu Art Hall. Musical numbers include the nation’s most famous folktale, “The Tale of Chun-hyang.”