LONDON - Korean menswear designer Jaewan Park is turning the heads of the biggest names in the London fashion industry with the quiet, minimal drama in his clothing.

“When you first glance at this jacket, there isn’t anything special,” he says, pointing to a seemingly classic, gray jacket he is wearing. “But actually, the right and left lapels are sewn into the main body of the jacket. There is no lapel - it’s a visual trick.”

As Park explains the hidden “drama” of his main pieces inside The Hospital Club, central London, during London Collections: Men earlier this month, it is as though he is revealing cryptic clues in how to dress like the impeccable yet intriguing Jaewan Park man.

Park is the only Korean designer to be featured at the London Collections: Men this year, having been a participating designer since the inception of this biannual menswear event in 2012.

Organized by the British Fashion Council, the event has been growing rapidly each season, with the Autumn Winter 2014 season showcasing more than 130 designers’ collections, including Burberry, Paul Smith and Tom Ford, and the city’s hottest menswear designers like Christopher Kane, Jonathan Saunders and J.W. Anderson, among others.

As the country’s first major menswear showcase, the event is a part of London Mayor Boris Johnson’s campaign to promote the British menswear industry, which makes more than 10 billion pounds (1.7 trillion won) a year for the British economy.

“The global menswear market is growing fast, as men are becoming more fashion-savvy,” says Park. “As a menswear designer, I am very fortunate to show in London - one of the most important destinations for menswear, with its long history of traditional tailoring and Savile Row, merged with a burst of new talent.”

The 35-year-old designer says that it was this mix of experimental creativity and the Savile Row-based tailoring tradition of London that drew him in in the first place.

It seems Europe is also fond of this young designer. During his time at the RCA, he was awarded the Brioni Award for Tailoring and the Albini Shirt Design Second Place Award. 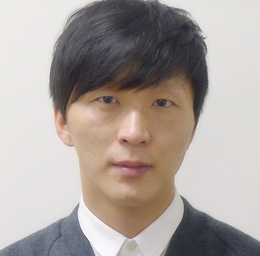 Jaewan Park. Provided by the designer

“It’s true that as a Korean designer here, you don’t receive as much financial support as British designers. But the great thing about London is that it is such an open, welcoming market for new designers,” he says. “Also, there is just so much going on culturally [in London]. Exhibitions, plays and great street fashion … it’s hard not to get inspired by this city.”

As the designer prepares to expand his business in London, the Korea JoongAng Daily spoke to Park during London Collections: Men this month about his elegant yet whimsical aesthetic, making a mark as a Korean designer in Europe and the future of the global menswear market.

Q. You have an identical twin. Does that influence your design in any way?

A. My twin is a sculptor and studied in London with me. We are close, and I think the fact that we are both artistic was quite reassuring for me growing up. When I first told my parents and friends I wanted to be a designer, they opposed the idea. But having an artistic twin helped.

Do you have any pressure to show a more “Asian” aesthetic as an Asian designer in Europe?

No. I think my individual aesthetic comes out in my pattern cutting, and I feel I have my own unique sensibility that comes through my designs.

However, there is a certain common point I see in Korean designers, in that they are particularly good at understanding patterns and how to cut them. When I was going to school in London, I noticed that Koreans were much better at this than the British.

Maybe this also reflects a bad side of Korean design education, in that they can be too technical. But I think, in the end, you need to fully understand patterns and how to cut them if you want to be a successful designer. 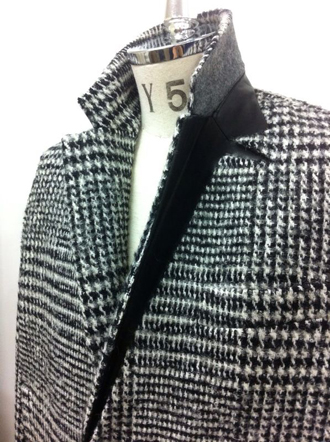 So what exactly is your aesthetic? Who is the Jaewan Park man?

My designs are not eye-catching or colorful at first. They seem normal and plain, but there are hidden details that make one look twice. There is a trick here. The Jaewan Park man is a very modern, not necessarily young man who is interested in clothing. It’s a certain niche of my customer base.

What are your thoughts on the future of the menswear market?

I think more so than womenswear, menswear has a capacity to grow at a large scale, because the amount of money being consumed in the menswear market is growing rapidly. There is more scope.