Fitbit’s launch in Korea a big step for company

Fitbit’s launch in Korea a big step for company 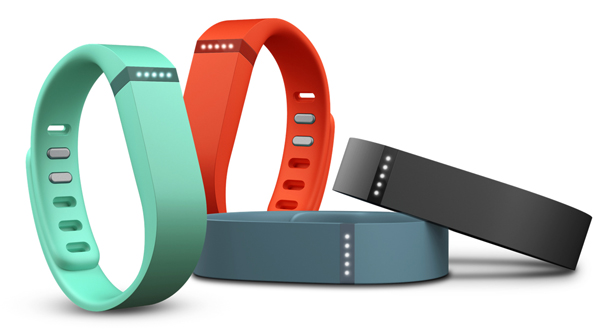 The Flex is one of five fitness-tracking Fitbit products available in Korea. Provided by the company

Fitbit is ready to compete with Samsung and other big-name smart-device makers in the fast-growing global wearable market, according to a top sales executive of the San Francisco-based company.

The leading manufacturer of fitness trackers in the United States launched operations in Korea yesterday, bringing consumers another portfolio of wearable devices.

“Fitbit’s market share has proved we have been able to compete,” Woody Scal, Fitbit chief revenue officer, told the Korea JoongAng Daily after an event held at Platoon Kunsthalle in Nonhyeon-dong, southern Seoul.

In the United States, health and fitness trackers were the first popular wearable devices.

Fitbit, founded in 2007, leads a U.S. health and fitness wearable market that has grown to $1.9 billion. Its 67 percent share dwarfs competitors like Jawbone, Nike and Fuelband.

Scal said the company has endeavored to be the first to apply the latest technologies to its products. For example, he said phones running iOS 7, the newest operating system from Apple, are compatible with products from Fitbit.

A total of 17 popular Android phones, including Samsung’s Galaxy S3, S4 and Note 2, and LG Electronics’ G2 are also compatible with Fitbit products.

“We have more products, we cover a wide range of form factors, and sync to more devices more quickly,” he said.

Scal sees great potential for growth in the health and fitness wearable market as it will compete with smartwatches.

“Smartwatches are just emerging. People are choosing trackers because full-feature smartwatches are larger, more expensive. They are not going to be for everybody,” he said.

However, Scal said the company is open to other types of wearables, such as a full-featured smartwatches.

According to Juniper Research, a market research agency, the global wearable device market will grow to $19 billion by 2018.

“We see that as a very broad playing field for us to be in for the future,” he said, referring to the wearable market. “Fitbit will continue to expand its product lines. And we expect Fitbit products to be more and more advanced. We expect the activity tracker category to remain very strong, even as full smartwatches enter the market.”

Korea is Fitbit’s 28th foreign market. In Asia it is the fourth market after Japan, Hong Kong and Singapore.

Scal said the company plans to launch in other larger Asian markets this year but did not identify which ones.

James Park, the Korean-American CEO of Fitbit, co-founded the company with Eric Friedman. Scal said the company launched its business in Korea because the country is “technically advanced” and people are receptive to new technologies.