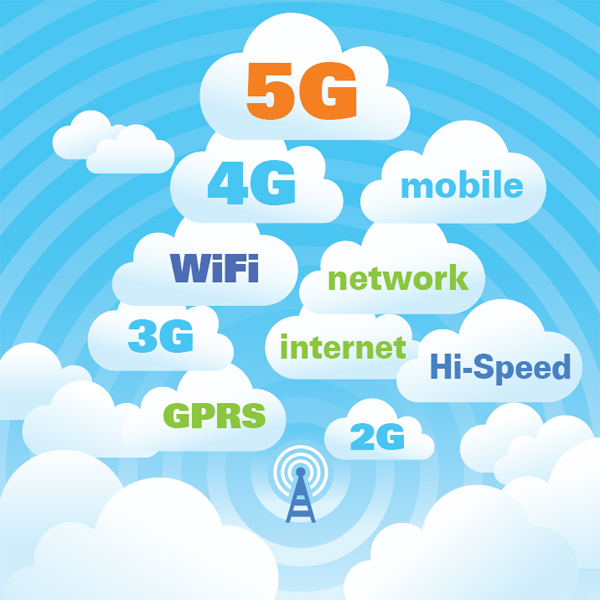 Accessing websites or striking up conversations via holograms may no longer just be the stuff of sci-fi movies.

Such technologies are likely to be part of daily life when the fifth-generation telecommunication technology known as 5G - which is roughly 1,000 times faster than LTE - becomes commercially available in 2020.

At a meeting yesterday, the Ministry of Science, ICT and Future Planning announced it will make the 5G network the core of the nation’s future growth engine by investing 1.6 trillion won ($1.5 billion) in it over the next seven years, jointly with the private sector. It will invest in research and development (R&D), obtaining bandwidth for the upcoming data network and creating a business ecosystem in which small tech ventures are fully included and contribute.

Only three days ago, leading mobile carrier SK Telecom said it had succeeded in developing 3band LTE-A technology that would enable users to download an 800-megabyte movie in 22 seconds on a mobile phone.

However, 5G technology will allow the same movie to be downloaded in a second.

The race to be the first to develop 5G has already been heating up among leading tech nations in European countries, China and the United States.

The 4G technology was developed in Europe but was first widely used in Korea.

The Science Ministry hopes to take the lead in 5G and other fields related to the global market.

One of the differences from the past is the government plans to step up technology development cooperation with small and midsize start-ups in line with President Park Geun-hye’s pledge to realize an innovation-fueled creative economy.

It plans to promote research and development step by step and demonstrate services at the 2018 Pyeongchang Winter Olympics.

The plan also aims to work toward the standardization of 5G networks through cooperation and technology exchanges with Europe and China, and it calls for a new 5G band in the 6 gigahertz bandwidth by acquiring frequencies. Another focus is becoming No. 1 in global standard patents by concentrating on developing competitive equipment and devices that support 5G.

Finally, the ministry will expand business opportunities for small and midsize companies. By boosting support for start-ups, the ministry aims to increase the participation rate of SMEs in 5G research and development to 40 percent, creating a shared-growth ecosystem.

Some large technology companies will contribute to the fund and the budget will largely help small and midsize telecommunications chipmakers gain competitiveness in markets such as wearable devices, smart cars and smart education systems.

The goal of the Science Ministry in promoting 5G is to become the world’s top competitor in the mobile handset market, with 20 percent of the equipment market and No. 1 in global standard patents. Along the way, the ministry expects to create 16,000 jobs.

When 5G is commercialized in 2020, about 331 trillion won in revenue is expected to be generated through exports of mobile devices, equipment and domestic sales.

“It is important to secure global standard patents by occupying next-generation mobile communications technology in advance. For the 2G network, when we applied the digital mobile communication transmission method CDMA we had to pay royalties to Qualcomm, which owned the technology,” said a mobile carrier insider.

“As the network replacement cycle is seven years on average, it is not too early to prepare for 5G. With the LTE network, it is not possible to cope with the explosively growing amount of data.”