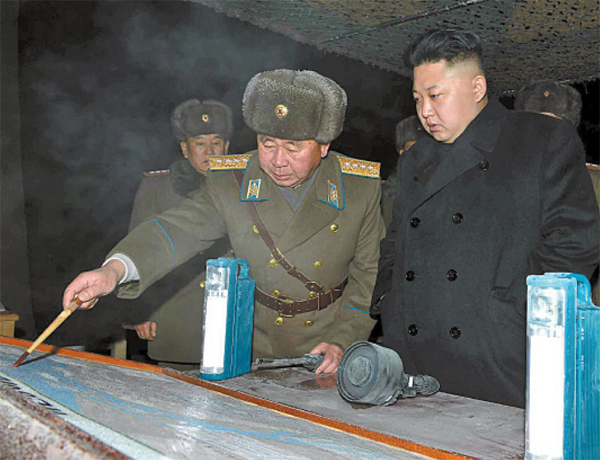 “The South Korean government performed an in-depth analysis on the nighttime military exercises by North Korea’s special airborne unit on Jan. 19,” the official said, “and we found the drills targeted our civilian airport.”

“Currently, we have raised the military alert for a possible attack from a North Korean base in Taetan County, North Pyongan Province, and strengthened security at Incheon International Airport,” the official said.

According to the official, the South Korean military found that about 150 special agents of a special North Korean infiltration unit participated in the Jan. 19 drills. They are suspected of practicing sneaking into South Korean territory by parachute, staging a terrorist attack and occupying airplanes and facilities at the airport.

North Korea’s state media reported Jan. 20 that leader Kim Jong-un attended a military exercise held by an airborne unit but did not mention the location of the drills.

“It is extremely rare for North Korea to have conducted such a military exercise against a civilian airport [in South Korea],” the official added.

“We are closely watching North Korean military activities, including the one that mobilized the AN-2 planes,” Kim Min-seok, spokesman of the Ministry of National Defense, said at a briefing yesterday. “The unit that Kim Jong-un visited is assumed to be air-infiltration, attacking forces.”

The South Korean military is wary of North Korea’s latest proposal that both countries stop “all slander and insults against each other starting Jan. 30,” the first day of the Lunar New Year holiday.

To induce South Korea to accept those conciliatory suggestions, North Korea could possibly make some peaceful moves such as the withdrawal of some forces near the five frontline islands in the Yellow Sea, the South Korean military said.

“Possibly, North Korea could make a show of a surprise bargaining chip, which we would never expect, to maximize the effect of their anti-South propaganda,” a South Korean military official said.

But that could be a prelude to an attack. Some South Korean military officials said they should prepare for a scenario in which North Korea might occupy the five forefront islands.

“We have a tip-off that North Korea has set up a scheme to occupy the five islands in the Yellow Sea first and then ask the United Nations for a resolution of the tense situation,” an official of the South Korean Marine Corps said.

The South Korean military is particularly worried about the use of AN-2 fighter jets in the drills on Jan. 19.

According to the military, the bodies of those planes are made of wood and leather, materials that are hard to detect by radar.

They are capable of landing and taking off on highways or golf courses and are therefore useful in sudden attacks or a guerilla war.

“If the aircraft carry 13 special agents and swiftly land in several places in Seoul or the Gyeonggi region, our core facilities could be destroyed and chaotic disorder could happen,” another South Korean military official warned.