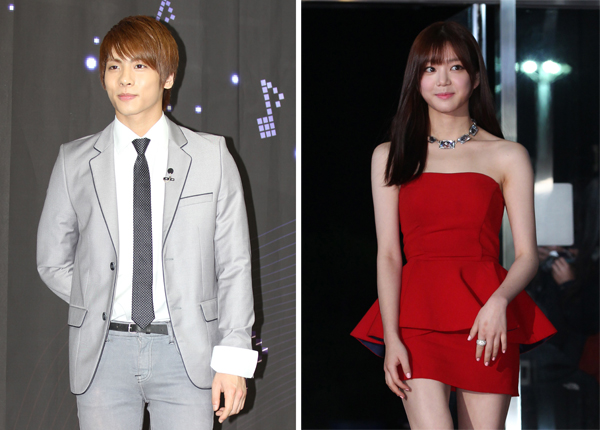 The agencies behind SHINee’s Kim Jong-hyun and actress Lee Yu-bi are denying a recent rumor that the two 24-year-old stars are dating, according to local media reports yesterday.

“According to Jong-hyun, the two are not dating. They are just friends among the crowd of the same age group,” said an official from Jong-hyun’s agency, SM Entertainment.

“The dating rumor has been around for a while, but according to what has been confirmed, they are not dating,” said an official for Sidus HQ. “Jong-hyun and Yu-bi are just on friendly terms.”

It had been reported that the 24-year-old (Korean age) singer and the actress got to know each other through a friendly gathering of those who were born in 1990.

Kang Min-kyung of the duo Davichi, who is a central figure of the gathering, reportedly introduced the stars to each other, but her agency also shot down the rumors.

“Min-kyung is friends with both Jong-hyun and Yu-bi, but she is completely irrelevant to the two of them getting close,” said her agency Core Contents Media.