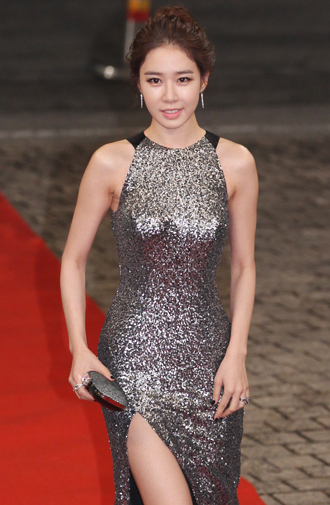 Actress Yoo In-na, from the SBS drama “My Love From the Star,” has been chosen as the new MC for “Get It Beauty,” a cable program that provides tips on cosmetic products.

Broadcaster On Style said yesterday that Yoo would be the new host to replace Eugene, who decided to step down from the show after four years.

The former host, whose real name is Kim Yu-jin, said she wanted to focus on acting for the JTBC drama “Can We Love.”

The cable channel said that Yoo was a good fit for the fashion program.

“Yoo is a star that women in their 20s and 30s love, and they love her for her unique fashion sense,” said the channel. “As she has a lovely personality, she is the right fit to be the new MC.”

Yoo already has some experience running a program because she is the host of the radio show “Yoo In-na’s Raise the Volume” on KBS.

“Get It Beauty” has been on a break since Eugene stepped down but will restart on March 5.