A Big Bang ‘bromance’ is recognized

A Big Bang ‘bromance’ is recognized 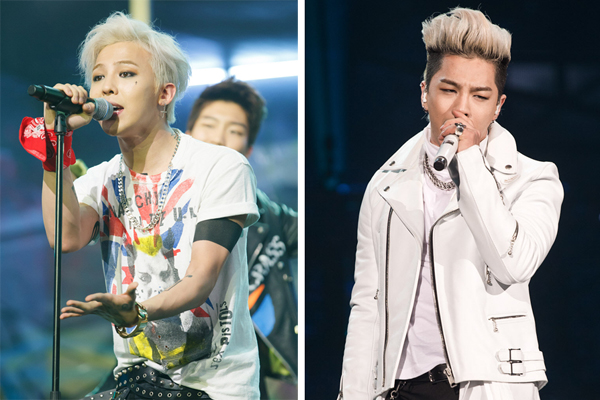 The friendship between G-Dragon and Taeyang, two members of the boy band Big Bang, has gotten the seal of approval by the popular American entertainment channel Fuse TV.

Fuse published a list of “Music’s 17 Greatest Bromances” as part of an early Valentine’s Day special, and the K-pop pair made the cut.

“The bond between these two K-pop stars is truly one of a kind,” the network wrote. “With more than 13 years of friendship under their belt, the Big Bang members met as hopeful trainees in Korea and continue to stay close as they tour the world.”

It also added that G-Dragon produced his good friend’s latest single, “Ringa Linga,” which was released in November. The two music videos for the song have been viewed more than 27 million times on YouTube.

“These musical dudes love each other like brothers and bring out the best in one another, even when they are at each other’s throats,” the channel added.