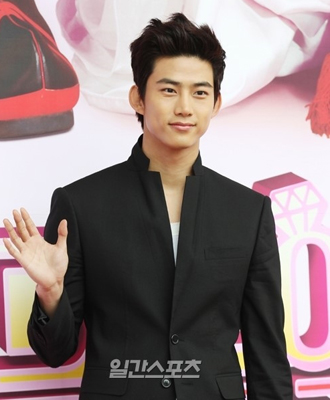 Ok Taec-yeon of the Korean boy band 2pm said that he is going to file a lawsuit against anonymous Internet users who have been harassing him through social media.

“I cannot take it any longer. Don’t expect mercy from me,” said the singer through his Twitter account on Sunday.

Ok’s agency, JYP Entertainment, said yesterday they would respect the singer’s stance and follow him through the legal procedure process.

“The perpetrators have continually attacked the singer for a long time,” said a spokesman at JYP Entertainment. “We’ve heard that they sent a statement of apology to the singer, but we are still going to pursue strong action.”

The online commenters allegedly posted sexually offensive insults to the singer’s Twitter account for everyone to see. They also used various celebrities’ photos as their Twitter identity.

In the past, JYP has filed a few lawsuits against Internet users who posted fake sexual photos of Suzy from the group Miss A and sent obscene messages to So-hee, a former member of the group Wonder Girls.