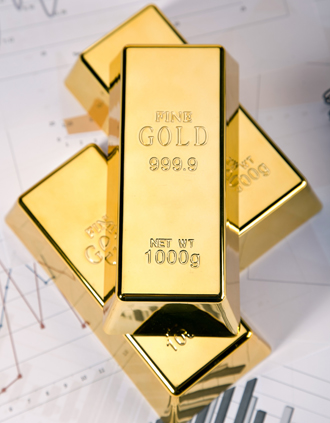 Gold rose to the highest level since November in the best run since August as a weakened dollar spurred demand for an alternative asset and physical buying increased. Silver extended its best streak since August.

Gold slumped last year by the most since 1981 as some investors lost faith in the metal as a store of value. But this year bullion has rebounded as global equities and emerging markets weakened and lower gold prices spurred physical demand.

Volumes for Shanghai’s benchmark spot contract surged to a nine-month high Monday and were above this year’s average yesterday.

“The dollar is under pressure” and that’s helping to support gold, Bernard Sin, head of currency and metal trading at bullion refiner MKS (Switzerland) SA in Geneva, said yesterday by phone. “Physical demand is starting to pick up. The market is waiting for Yellen’s testimony today.”

It reached $1,287.81, the highest since Nov. 18 and is up for a fifth day in the best run since Aug. 28. Bullion for April delivery gained 0.7 percent to $1,284.10 on the Comex in New York, where futures trading volume was 24 percent above the average for the past 100 days for this time of day, data compiled by Bloomberg showed.

Holdings in gold-backed exchange-traded products rose 1 metric ton, the most since Jan. 29, to 1,738 tons yesterday, data compiled by Bloomberg show. Assets reached the lowest since October 2009 last month. The Fed said last month it will cut monthly bond purchases by $10 billion to $65 billion.

Talks to end a strike over pay in South Africa that has crippled production at the world’s largest platinum mines have been postponed until Feb. 13 after the companies requested more time.

The Association of Mineworkers and Construction Union has called out more than 70,000 workers on a strike that has cost employers about $18 million a day since Jan. 23.