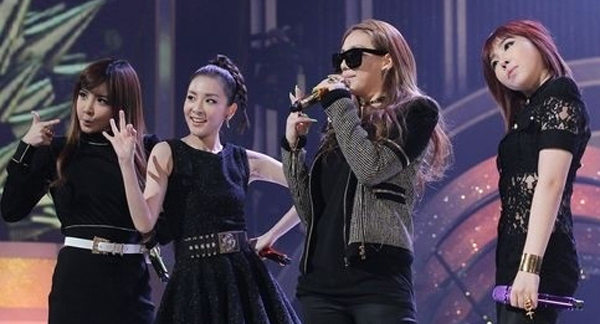 At long, long last, 2NE1 looks ready to release its second full-length album. According to the group’s agency, YG Entertainment, 2NE1’s “Crush” will hit online stores at 12:01 a.m. on Feb. 24.

While the group debuted six years ago and released its first album in 2010, “it was an album with just a few new songs added to the previous singles,” said Yang Hyun-suk, founder of YG Entertainment, on the company’s website. “So this is the first time in six years for the divas to be unveiling an album full of new songs.”

According to the post, the lead-off track of the album will also be titled “Crush,” which has the double meaning of “to smash” and “to have strong affection toward someone.”

The album is scheduled to be released on Feb. 24, along with a teaser video for “Crush,” although the full video for the single will not be out until Feb. 28.

The physical version of the album should hit stores in early March.

Yang also said the album includes three songs created by CL, or Lee Chae-rin, the leader of the four-member group. He added that his first impression of the songs was that they are “impressive.”

Some of the tracks from “Crush” will be showcased at 2NE1’s Seoul concerts, scheduled for March 1 and 2.