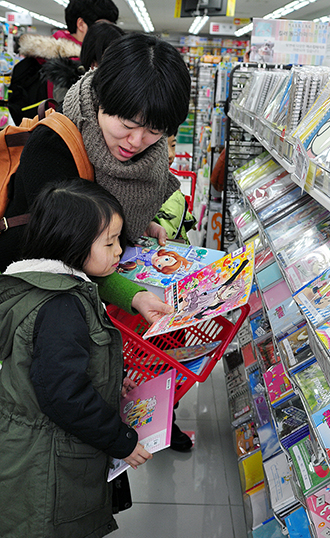 With the new school year starting on Monday, a young student shops at a Daiso store yesterday in downtown Seoul. The store is holding a special event where 2,400 school items are on sale for less than 5,000 won ($4,69). Enrollment is expected to spike as those starting elementary school were born in 2007, the Year of the Golden Pig, when nearly half a million births were recorded. [NEWSIS]