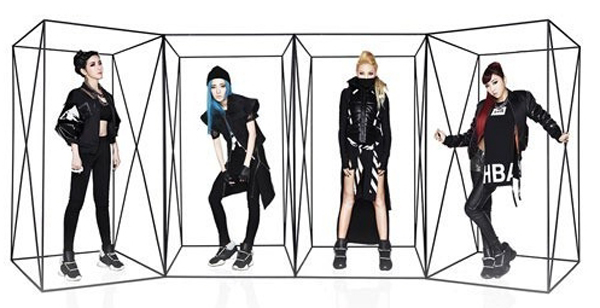 Girl group 2NE1 has taken over the top spot on YouTube’s K-pop music video chart with its latest single “Come Back Home,” according to local media yesterday.

“Come Back Home” is one of the two lead-off tracks from the group’s second full-length album, which was released on Feb. 27.

According to the YouTube ranking for the week ending March 9, 2NE1’s “Come Back Home” was in the No. 1 spot and another 2NE1 song, “Happy,” was in third.

“Come Back Home” has also garnered plenty of international attention, with renowned music media outlets Billboard and Popdust giving high marks to the video for its first-rate production value and science-fiction movie feel.

On the K-pop music video chart, Psy is still doing well, with “Gangnam Style” landing at No. 2 and “Gentleman” at No. 5.

Another top K-pop girl group, Girls’ Generation, was in fourth with their latest single, “Mr. Mr.”

2NE1 is slated to hit several live music shows starting this week, unveiling live performances of “Come Back Home” and “Gotta Be You.”