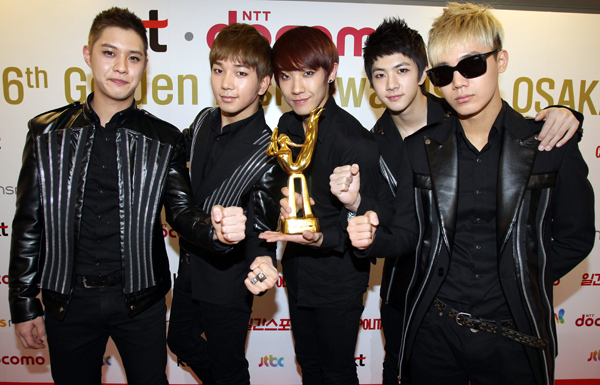 Yesterday, the group’s agency, J-Tune Entertainment, posted a teaser video of the album’s lead-off single, “Between Us,” on the official website. In contrast to their previous songs, the five men sing a sorrowful ballad, while clad in plain white shirts.

“The new album will show how much the members have grown from the past,” said an official of J-Tune to local media yesterday.

“Instead of their trademark dance numbers, most of the new album’s tracks will be comprised of ballads.”

Mblaq is slated to launch promotions for the new album next week. Its new song will be released on March 17 at online music outlets, including Melon and Bugs. The official album showcase takes place on March 24.