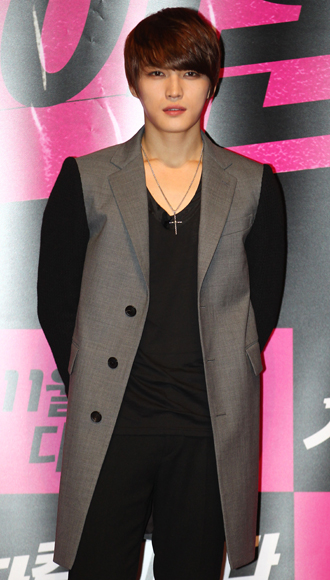 Kim Jae-joong, of K-pop trio JYJ, has chosen to star in the new MBC drama “Triangle,” the broadcaster said yesterday.

“The production team, including the chief producer and writer, has already talked with Kim to share insights about the new drama,” said an official at MBC in a press release.

Local media reported that Kim will join veteran actor Lee Bum-soo and ZE:A member Yim Si-wan, who has emerged as a hot new star thanks to his performance in the hit film “The Attorney” (2013). The three actors will play brothers in the new drama.

“Though it might be risky to cast boy band members for the lead roles in a drama, we are quite certain that Jae-joong and Si-wan have proven that they are as good as any fledgling actors in the scene,” added MBC.

After joining his new agency, Jae-joong has been emphasizing the acting side of his career. In 2010, he starred in the Japanese drama “Hard to Say I Love You,” followed by the Korean drama “Protect the Boss” (2011) and “Dr. Jin” (2012), which also featured Lee Bum-soo.