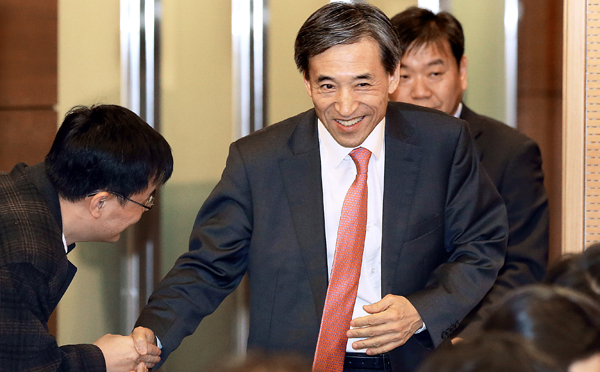 Elected power is mighty because the votes of the electors give it legitimacy. However, unelected power can sometimes be even more powerful.

Some appointed positions hold tremendous sway, and the governor of the central bank is one of them. When U.S. inflation reached 10 percent in the summer of 1979, President Jimmy Carter grew nervous. His prospects for re-election next year were gloomy. So he made a critical decision to appoint Paul Volcker as chairman of the Federal Reserve. The Volcker Fed raised the interest rate drastically, and the 12 percent-plus inflation fell to 3 percent by 1983.

Every economic policy brings both light and darkness. The interest rate hike led to a sluggish economy, and in the end Carter lost to Ronald Reagan. The governor of the central bank is a non-elected position that has the power to replace the elected position.

Lee Ju-yeol, the former Bank of Korea deputy governor, has been nominated as the next central bank governor.

Central banks worldwide are already headed in this direction. Most notably, many central banks used the irregular means of quantitative easing to overcome financial crises. And it was this measure that prevented several financial markets from crumbling.

For centuries, the operating philosophy of central banks had been “principles.” But that is changing. The newly highlighted philosophy is flexibility.

However, the National Assembly passed the Bank of Korea Act by a vote of 78 to 6 in May 1950. The Bank of Korea is built on the spirit of independence and autonomy. Lee can make the citizens wealthy or poor with his decisions. The Korean public is watching whether he will be able to pursue flexible monetary and credit policy, and defend the independence of the Bank of Korea, which is derided as the Namdaemun branch of the Blue House.

Because the governor is appointed, not elected, his responsibility is more grave.

*The author is the new media editor of the JoongAng Ilbo.