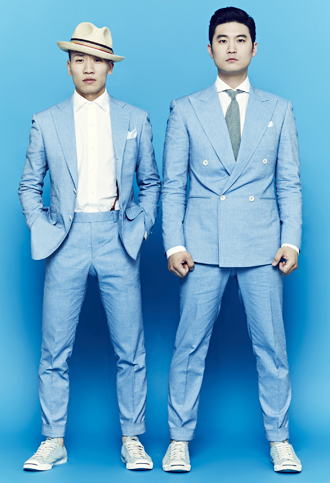 Dynamic Duo are set to participate in the international hip-hop festival One Mic: Hip-Hop Culture Worldwide, which is taking place in the United States for the next two weeks.

“We are honored and happy to be invited to the festival that’s held where hip-hop originated. We think it is a great opportunity to promote not only K-pop but also K-hip-hop,” said an official from the group’s agency, Amoeba Culture.

The One Mic event, which lasts from Tuesday to April 13 at the John F. Kennedy Center for the Performing Arts in Washington, D.C., is a festival that celebrates both the music and culture of hip-hop.

The Korean duo, which consists of Choiza (whose real name is Choi Jae-ho) and Gaeko (Kim Yoon-sung) will have a solo performance at the Kennedy Center’s Millennium Stage on March 28.

This is the inaugural year for the hip-hop festival, which includes legendary hip-hop names such as Nas (Nasir bin Olu Dara Jones) and Russell Simmons.