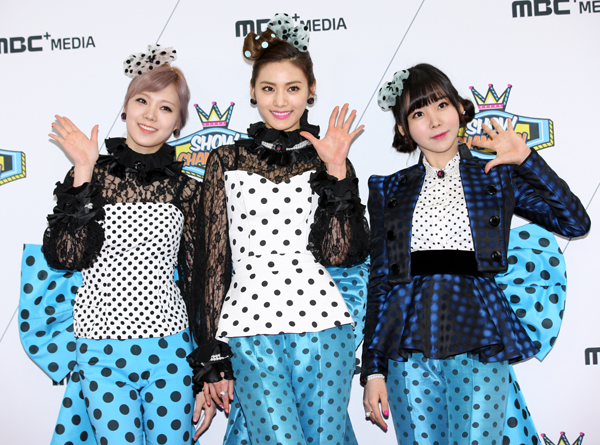 Broadcaster KBS announced last week that the music video for K-pop girl group Orange Caramel’s “Catallena” is being barred from the air due to its inclusion of disturbing images.

KBS pointed out that featuring the three singers — Nana, Raina and Lizzy — on a plastic pack of sushi may belittle human rights.

Orange Caramel’s fans showed a mixed response to the news. While some people said the broadcaster went too far and is limiting creativity, others noted that depicting the three members as sushi on a table could reinforce sexism in the entertainment industry.

Pledis said that it will remove certain parts of the video and ask for another review from KBS.

Meanwhile, KBS also stated that Ga-in’s “Fxxk U” cannot be aired due to provocative words in the lyrics.