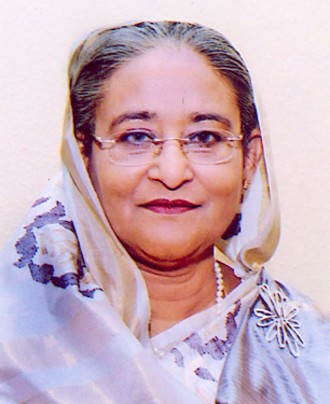 I convey my heartiest greetings to my countrymen as well as to all expatriate Bangalees on the occasion of the great Independence and National Day of Bangladesh.

The 26th March is the day of earning self-identity; it’s a day of breaking the shackles of subjugation. On this auspicious occasion of the Independence day, I pay my deep homage to the greatest Bangalee of all time, Father of the Nation Bangabandhu Sheikh Mujibur Rahman, under whose dynamic leadership we earned our great independence.

I recall with deep gratitude the 3 million martyrs and 200 thousand women who lost their innocence in the War of Liberation in 1971. We earned our desired victory through their supreme sacrifices.

I also pay my humble tributes to four national leaders who led the liberation war. I pay my respect to the valiant freedom fighters, including the war wounded ones. I extend my sympathies to those who had lost their near and dear ones, and were subjected to brutal torture. I recall with gratitude our foreign friends who had extended their whole-hearted support and cooperation to our liberation war.

The Pakistani occupation forces started massacring innocent and unarmed Bangalees launching sudden attack on the black night of the 25th March, 1971. The Father of the Nation Bangabandhu Sheikh Mujibur Rahman proclaimed the independence of Bangladesh at the first hour of the 26th March. Bangabandhu’s proclamation was spread all over the country through telegrams, tele-printers and the wireless of the then EPR. The proclamation was also circulated in international media.

Earlier on the 7th of March at Suhrawardy Udyan, Bangabandhu made a fervent call for waging independence struggle. He declared: this time the struggle is for our freedom; this time the struggle is for our independence. He directed the Bangalee nation to resist the enemy. The ultimate victory was earned on the 16th December after the 9-month bloody war carried out under the directives of Bangabandhu.

We are celebrating this year’s Independence and National Day in a new perspective. The countrymen have given opportunity to Awami League again to serve the nation through the January 5 elections. We would definitely protect the dignity of the people’s confidence reposed on us.

During the last five years, we accomplished massive developments in every sector of the socio-economic front. Our target is to turn Bangladesh into a middle-income country by the year 2021 and a developed one within the year 2041.

We have relentlessly been working to realise the target. Side by side, the execution of the verdicts of the war criminals trials has started. We are committed to reaching the fruits of independence to the doorsteps of the people.

The conspiracy of the anti-liberation communal and anti-democratic forces is continuing to ruin the constitution, democracy and development activities of the government. On this auspicious day, I urge the countrymen to face any ill-attempt against the independence, democracy and anti-country activities.

I hope every Banglalee imbued with the mantra of patriotism would engage themselves from their respective positions and with the highest sincerity, dedication and honesty to turn Bangladesh into a peaceful, non-communal and middle-income country at the Golden Jubilee of Bangladesh. Bangladesh would be established as a dignified nation in the comity of nations.

Let us come and build a Sonar Bangla as dreamt by the Father of the Nation being imbued with ideals of liberation war. This is our fresh vow on this great day.

Provided by the Embassy of Bangladesh.