Fast fashion takes off at home and overseas

Fast fashion takes off at home and overseas 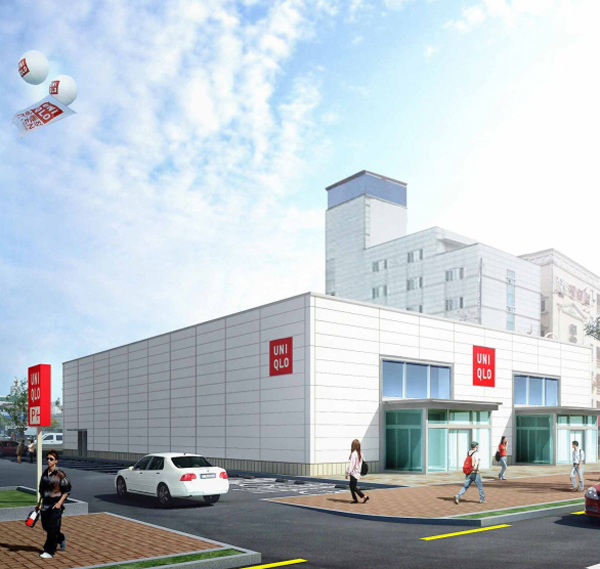 A computerized image of the Uniqlo store that opens today in Mokpo, South Jeolla. Provided by the company

Ever since Uniqlo arrived in Korea by opening its first three stores in 2005, there has been a special excitement among local consumers over “fast fashion” brands.

Back then, Uniqlo dominated the fast fashion - or specialty retailer of private-label apparel (SPA) - market. It was basically the only vendor of stylish but low-priced clothing and accessories.

Today, there are a great number of global fast fashion brands in the Korean market, including Spain-based Zara and Sweden-based H&M. There are also local fast fashion brands like E-Land’s SPAO and Cheil Industries’ 8ight Seconds. Although they are latecomers, local players are finding positions in the market by emphasizing “localized design.”

Now a second round of competition in the SPA business has begun - this time, not in the heart of Seoul or the nearby Gyeonggi region, but in the provinces. Brands like Uniqlo and H&M are finding new business opportunities in regional areas and are opening stores in locales that were once the exclusive domain of local brands.

“There are a fair number of stores in the Seoul metropolitan region,” said an official from Japan-based Uniqlo. “In Myeong-dong [in central Seoul] alone, for example, we have three stores.”

Uniqlo entered the Korean market in 2005 by setting up a joint venture with retail conglomerate Lotte. Fast Retailing, the owner of the Uniqlo brand, took 51 percent of the shares in FRL Korea and Lotte took 49 percent.

“Over the years, we have opened stores in major metropolitan cities like Busan and Daegu,” the official said. “Still, there is growing demand in smaller regions.”

Today Uniqlo is opening two more stores: one in Geumcheon District, western Seoul, and the other in Sang-dong in Mokpo, South Jeolla.

“We are expanding the number of stores in regions outside the capital area, where there is growing demand,” she said.

Of the 119 Uniqlo stores in Korea, 72 are in the Seoul and Gyeonggi areas while the rest are in regions like South Gyeongsang, Chungcheong, Jeolla, and Gangwon. So far, its strategy of expanding across the country has been quite promising. From September 2012 to August 2013, Uniqlo’s sales reached 763 billion won ($712 million), up 37 percent from 555 billion won in the previous year.

It’s not just Uniqlo that is making an aggressive move into other regions in the country.

Of the 39 stores Zara operates in Korea, 24 are in the Seoul and Gyeonggi region while the remaining 15 are outside the capital area.

“When we open a store, we thoroughly study the market,” said an official from Zara Retail Korea. “The reason we open a store is because we find business potential and consumers in that location that are well aware of the product and brand.”

As global SPA brands continue to expand in Korea, local brands are finding new opportunities overseas. Domestic players like E-Land and Cheil Industries were perceived as having a comparative advantage at home because of their retail channels, but they’re also spreading their wings abroad.

Last year, E-Land opened its first overseas store for its SPAO brand in China. Cheil Industries, which launched the 8ight Seconds brand in 2012, also has plans to open a store in China next year, although specifics haven’t been decided as of yet.

“The fast fashion business in Korea isn’t easy,” said an official from Cheil Industries. “Global brands are opening stores in regional areas that were somewhat isolated from fashion trends but have potential to grow.”

According to Samsung Design Net, the volume of Korea’s fast fashion industry in 2008 was 500 billion won, but last year it grew to 3 trillion won. By next year, it is projected to reach 4 trillion won.

“The industry will become bigger in the years to come,” said an official from a real estate consulting agency.

“More stores will open in regional areas as fast fashion brands search for locations in which they’re able to occupy large spaces, which are almost impossible in the capital area now,” he said. “It’ll be a whole new competition.”