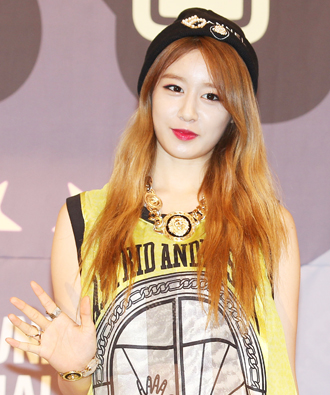 Another K-pop idol is thinking of a career as a solo artist. This time, it’s girl group T-ara’s Ji-yeon.

According to her agency, Core Contents Media, on Saturday, the 20-year-old singer will make her solo debut at the end of April.

“As it is her first time to be on stage without the other members of T-ara, we want her to show a different side of herself, with a new style of song, choreography and fashion,” said the agency in a press release.

Her title song will be written by Park Jang-geun and Mike, known as Double Sidekick. In recent years, the composers have worked with girl groups Girl’s Day, Sistar and A Pink. They first worked with T-Ara last year on the album “Jeon Won Diary.”