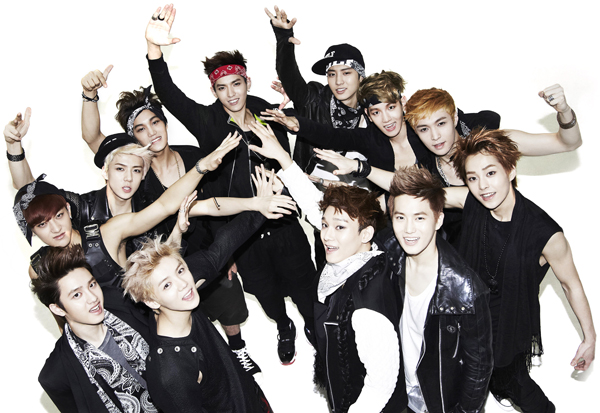 SM Entertainment made a surprise announcement that the 12-member boy band EXO will come back on April 15 with a new album.

The news created a frenzy throughout the band’s fanbase worldwide. Yesterday, Exo’s fans retweeted the news, and Chinese fans showed their excitement on the local social media system Weibo.

Having debuted in 2011 with its first mini-album, “Mama,” the band is comprised of 12 members, which are separated into the Korean subgroup EXO-K (Su-ho, Baek-hyun, Chan-yeol, Kai and D.O. Sehun) and its Chinese counterpart EXO-M (Xiumin, Luhan, Kris, Lay, Chen and Tao), which sings in Mandarin.

After finally uniting as one group in last year’s album “XOXO: Kiss and Hug,” Exo sold more than one million copies last year - the first Korean album in more than a decade to reach that mark.

Meanwhile, after ending the promotion of the winter album “Miracles in December,” the group’s members have since pursued individual activities both in Korea and China.