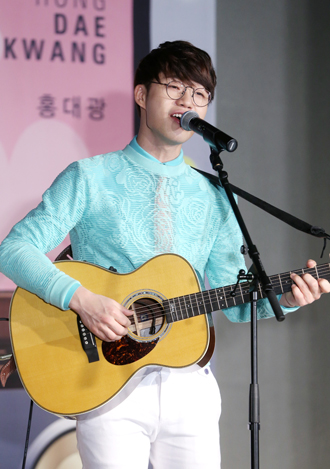 The concert, “June’s Confession,” will take place at K-Art Hall in Olympic Park, southwestern Seoul, from June 14 to 15, where Hong will perform songs from his previous albums.

“As it is my first solo concert ever, I am trying my best to prepare for the concert where I can comfortably interact with fans,” said the 29-year-old singer.

The “confession” in the concert’s title traces back to the final track on Hong’s 2013 EP “Far Away.” The song, “Confession,” which was written by Hong, talks about the hopes and despairs he experienced as a street singer. The intention behind the same concert title was to not lose his original determination while also showing that he has progressed as a singer.

Tickets to “June’s Confession” are available through www.interpark.com.