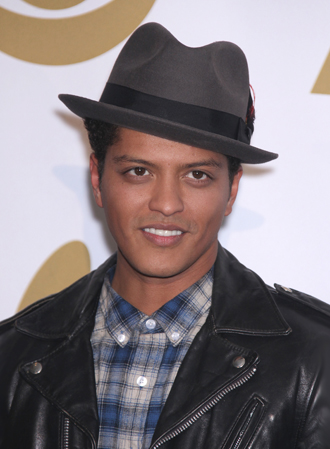 “After he arrived yesterday [Sunday], Mars enjoyed some Korean food such as galbi [Korean barbecue]. There will be no promotional events, and he will just focus on the concert,” said the organizer of Mars’s Seoul performance.

Mars’s visit to Seoul is part of his world “Moonshine Jungle Tour,” which kicked off last June.

The singer previously performed in the United States and Canada, where he sold out 44 of his 48 scheduled performances.

Tickets for Mars’s Seoul concert also sold out within two hours, according to the concert organizer.