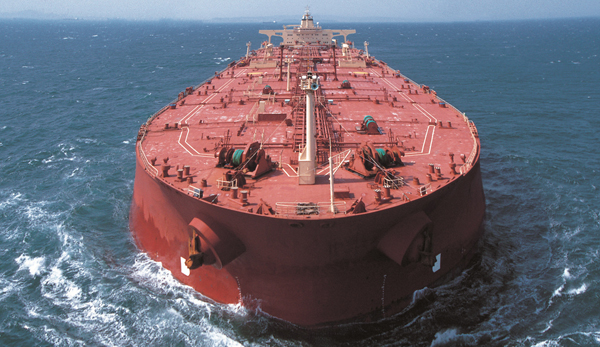 Hanjin Heavy Industries and Construction will begin building very large crude carriers at its shipyard in Subic Bay, the Philippines. Provided by the company

Hanjin Heavy Industries and Construction, a major shipbuilder in Korea, has received a series of orders after its shipyard in Subic Bay in the Philippines announced it will start building very large crude carriers (VLCCs) for the first time.

According to the company yesterday, it will collect a total of $800 million after it signed a contract with British shipper Navig8 to deliver four 300,000-deadweight tonnage VLCCs, and another deal with an unspecified European owner to build two of the same vessels. Hanjin also won an order from a third European customer to build two container ships.

This is the first time that the shipbuilder will construct VLCCs, which it has been working toward since the completion of its Subic Bay shipyard in 2009. Hanjin could not previously build VLCCs because its Yeongdo Shipyard in Busan was too small to handle large ships.

Hanjin said the VLCC it will build for its European customers will measure 333 meters (1,092 feet) long, 60 meters wide and 30 meters high. It will begin delivering the vessels in the second half of 2016.

Hanjin’s orders out of its Subic Bay shipyard total 45 vessels worth $2.9 billion, according to the shipbuilder.

Hanjin, which suffered a serious labor dispute in 2010 following massive layoffs, is steadily regaining its speed with its two-track system in which Subic Shipyard manages orders for large-size vessels and offshore plants while Yeongdo builds midsize ships and special vessels.

The Yeongdo shipyard, the nation’s oldest, operating since 1937, has secured work through 2016 after the company won a $200 million order earlier this month to build three bulk carriers for European customers.

“We will not only seek to increase our number of orders but also our quality,” a Hanjin Heavy Industries spokesman said in a release.