Psy to return with a new single

Psy to return with a new single 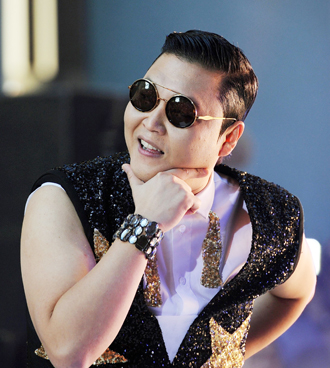 Singer-rapper Psy is set to return next month with a much-awaited new single.

The news broke last week, after industry insiders discovered that choreographer Lee Joo-sun, integral in the viral sensation “Gangnam Style” (2012), has been working on new dance moves for the popular performer.

“Actually, Psy completed his new song on the early morning of March 12, after spending months coming up with some creative sounds,” Yang Hyun-suk, the head of K-pop powerhouse YG Entertainment, told KBS “Entertainment Weekly” in an interview last month.

After solidifying the choreography this month, the 36-year-old singer will start filming the music video. However, YG did not mention any plans for a grand comeback show, like with last year’s “Gentleman” showcase.

Meanwhile, Psy has been nominated as one of the finalists for Top Streaming Artist in the 2014 Billboard Music Awards, which will be held on May 18 in Las Vegas. Though the song did not match the hype of “Gangnam Style,” it was still the YouTube’s most viewed clip, with more than 600 million hits.