A vision for engineering schools

A vision for engineering schools 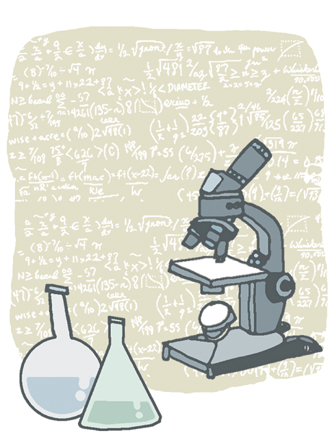 There were once two athletes who competed in the Olympics. One ran to become the best in the world, while the other ran to enjoy the gift he had been given.

They both won a gold medal at the 1924 Paris Olympics. Herold Abrahams won a gold medal in the 100-meter race, while Eric Liddell won the 400 meters. Their story was made into the 1981 movie “Chariots of Fire.”

I watched the movie a long time ago, but I still remember their faces clearly. The athlete who focused on victory was in agony while the one who enjoyed the act of running itself was full of joy.

What made the difference? “Where does the power come from to see the race to its end? From within.” The two athletes had different faiths; one believed in the glory of a gold medal while the other pursued the values beyond gold.

Let’s apply the question to the engineering education in Korea. What has been the goal of Korea’s engineering schools? Most universities aim to be higher in international college rankings or government evaluations. They are like the athlete who ran for the gold medal. Of course, a gold medal itself is an outcome of valuable efforts and such an approach should not be devalued.

In the past decade, the engineering schools emphasized SCI publication in their evaluation of professors, and as a result, world-class research accomplishments have been published regularly.

According to data from Thompson Reuters, Korea’s SCI publication ranked 10th in the world in 2012, more than doubling to 47,066 from 20,755 in 2003. The material engineering papers were ranked third and computer science publications fourth. Among the 22 major fields, Korea was among the top 10 in nine.

Korea also has pulled off great improvements in patents. The World Intellectual Properties Organization, an agency of the United Nations, announced PCT international patent application statistics in 2013, and Kaist was seventh among the research and educational institutes. Postech was 12th and Seoul National University 13th. Prestigious American schools, including Caltech, MIT and Harvard, dominated 10 of the top 15 and the Korean schools made meaningful accomplishments.

Being compared to the top schools in the United States, China, the United Kingdom, Germany and Japan - all of which have solid economic support and long academic traditions - means that Korea’s schools have gained enough competency to win a gold medal.

Now the engineering schools in Korea need to pursue values beyond the glory.

While Korea’s universities are in the top tier in publications and patent applications, Korean schools are still struggling in technology transfer and commercialization. The total earnings from transferring of technology of all universities in Korea was 45.4 billion won ($43.67 million) in 2012. Northwestern University alone earned $191.54 million in 2011.

What made the difference? Once again, it is a matter of faith. American schools put a great emphasis on turning research accomplishments into real profit. The mission of engineers is not research in and of itself, but creation with the potential to be of substantial value.

European schools also are seeking ways to turn their technological findings into business. The Technical University of Berlin has been producing 20 start-ups every year since 2002. The school created 14,000 jobs in the area and earned 1 billion euros in profit, about $1.38 billion.

I want to ask again, “What do engineers study for?” Nobel Prize winning Professor Richard E. Smalley, who died in 2005, considered energy, water, food and environmental problems to be the most serious challenges that humankind will face in the next 50 years. “Be a scientist and save the world,” he said.

Kaist plans to diversify the professor evaluation system that focuses on SCI publication to reflect patent and technology commercialization outcomes.

An entrepreneurship program for engineering students will be introduced as well. Moreover, an environment where the personal growth of engineers is directly linked to regional and national development should be created.

Science and technology lead the growth of the nation. While many people think of the economic benefits created by science and technology, developed countries prioritize the value for the world and humanity. The run for a gold medal can be arduous and, ultimately, hollow. Let’s not believe in numbers or rankings. The ultimate direction of the engineering education in Korea should be the creation of useful technology with values that prioritize its value to humanity.

*The author is the president of Kaist.