Korean greed is good, too

Korean greed is good, too 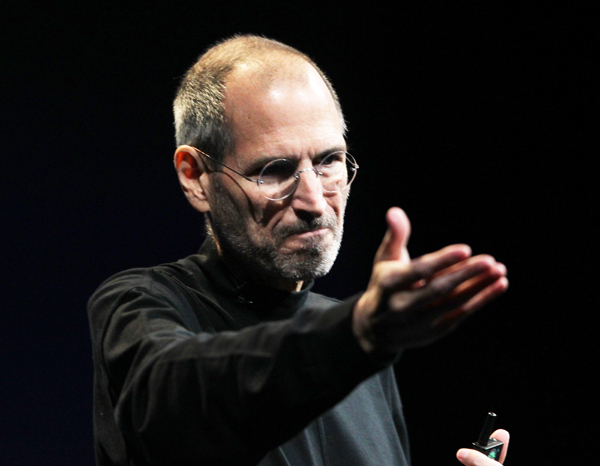 Apple CEO Steve Jobs gestures during his unveiling of the iPhone 4 at the Apple Worldwide Developers Conference in San Francisco, California, in 2010. [REUTERS/NEWS1]

Views about money makers are strangely mixed in South Korea. The country has produced many successful enterprises and some corporate leaders who have built global brands that are now household names. Most people’s everyday lives either revolve around or at least intersect with Korea’s manufacturing sector or its corporate activities. But sentiment toward businesspeople is profoundly negative. The heads of big chaebols, or family-run conglomerates, are stigmatized as people who built their corporate empires through political connections and other shady practices. They are caricatured as being obsessed with keeping their wealth within their family and ruthlessly exploiting smaller suppliers, contractors and even mom-and-pop shops that distribute their products.

Yet Koreans idolize foreign money makers. They grieved when Apple creator Steve Jobs died and the government joined in by coming up with a public policy to incubate and nurture innovative creators like Jobs. American billionaire investor Warren Buffett is highly esteemed among Koreans. The average Korean believes that a successful foreign businessman is innovative and ethical, and that his Korean counterpart is nothing but a robber baron.

But few bother to investigate what these famous foreign entrepreneurs have done to gain their fame and wealth and how they compare with Korean business leaders. Let’s flip through Jobs’s memoir for some overdue insight.

In his youth, Jobs did not invite his devoted adoptive parents to his high school graduation. He acted like a family-less hippie throughout his college days and didn’t want his friends to think he grew up in a normal family. He hardly ever took showers and walked to work often barefoot. He stuffed his feet into the toilet for a wash. Some of his colleagues refused to be around him because he smelled so bad.

Jobs deceived Steve Wozniak, co-founder of Apple Computer (which is now Apple) and creator of the first two Apple computers. The two partners had agreed to equally share the profits from selling computer components. But Jobs reneged. Wozniak learned of the rip-off 10 years later.

Jobs has been accused of manipulating stock options. After he returned to Apple’s top post in the late 1990s, he declared he wouldn’t receive a penny. But after he helped bring Apple back from the dead, he demanded handsome stock options. After the dotcom bubble burst, Apple’s stock price fell below the exercise prices of his option. He backdated his stock options but wasn’t punished by the authorities. Options backdating is legitimate as long as the company reports it. But because it did not, the company had to punish its accounting executive and pay damages of $14 million to its shareholders. Under Korean accounting regulations, Jobs and other executives would have faced fines or other serious punitive actions.

Despite a questionable character and moral flaws, Jobs nevertheless is highly respected around the world because of his undying passion in innovation and development. If there was an entrepreneur like Jobs in Korea, he would not have had the chance to push ahead with his ambitions and dreams after being spit on by the public for being an unethical and greedy businessman.

After annual compensation packages of corporate directors of listed companies were disclosed for the first time this year, many people were awed and critical of the numbers on the paychecks. If any one of them went along with accounting follies in order to increase his or her personal wealth, he or she would have been buried alive. Koreans are tolerant of corner-cutting foreigners but relentless about their own countrymen.

Joseph Schumpeter, an expert on innovation, argues that entrepreneurs are motivated to innovate from greed. Without greed, people would be perfectly satisfied to earn salaries. But greedy people want more - and they take risks to create something new. This helps drive progress in capitalist societies.

To keep the economy growing, corporate executives must be motivated and encouraged to take risks. Society must be more tolerant of their greedy natures. When sensibly regulated, their greed could help bolster productivity. Their endeavors and risk-taking should be rewarded so they can go on innovating.

There is no need to make heros out of businessmen. Their immorality should not be condoned. But their personal lives and business accomplishments should be viewed separately.

At heart, entrepreneurship is not moral and clean. We may not have any successful entrepreneurs if we insist they act like saints at the same time.

*The author is an economics professor at the National University of Singapore.