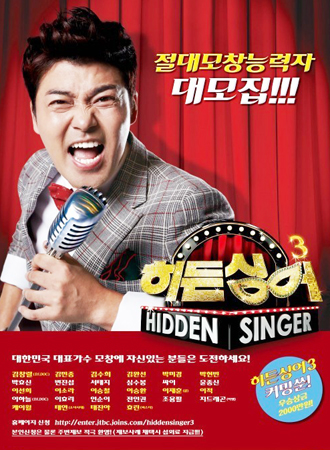 Although the final lineup hasn’t been confirmed yet, the production team teased some possible participants in a poster as part of yesterday’s announcement. Among those teased were trot singer Tae Jin-ah and K-pop icon G-Dragon.

Since its launch in December 2012, “Hidden Singer” has developed a major following, featuring famous singers and imitators performing out of view of the audience. Based on the sound alone, people must guess who the real singer is and who the fake is.

Anyone wanting to join the ranks of imitators can apply on the JTBC website.