Michelle Wie gets her first LPGA win since 2010

Michelle Wie gets her first LPGA win since 2010 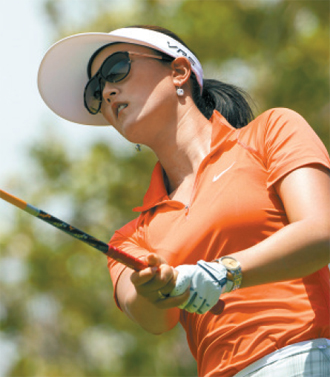 Michelle Wie won the LPGA Lotte Championship on Saturday, coming from four strokes behind at the start of the round and shooting a 5-under 67 as her rivals fell away.

Wie finished at 14-under 274 to take her third career victory on the LPGA Tour and first since 2010; doing so in Hawaii where she grew up.

“Every time I felt nervous out there, I was looking around, I felt there was no place I’d rather be,” Wie said.

Third-round leader Angela Stanford had her worst day of the tournament, shooting a 73 that left her two shots behind Wie. Park In-bee finished third with an 11-under 277.

Wie showed she was getting back near her best when she finished as runner-up two weeks’ ago in the Kraft Nabisco Championship.

“The highlight of this week was to come back home,” Wie said. “There wasn’t just one moment. From the first tee shot that I made to the last putt, the aloha that I felt from everyone was unbelievable.”

Stanford birdied the third to move to 14-under, but her bogey on the sixth, and a birdie for Wie, closed the gap to a stroke.

The par-3 eighth brought Stanford, Wie and South Korea’s Kim Hyo-joo together at 12 under. Wie birdied consecutive holes and 12 and 13 to open a two-shot lead on Stanford, and that proved enough.