Lee Jung gets angry over Sewol

Lee Jung gets angry over Sewol 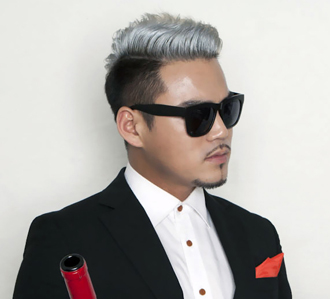 Angry over the rescue operation involving Wednesday’s Sewol ferry tragedy, singer Lee Jung wrote a comment on Twitter on Saturday but deleted it soon after.

“I deleted the post that I wrote in the morning, not able to conceal my anger about the incident,” the singer wrote later on his microblog.

“But my feeling about the event remains unchanged. I am just so devastated and sorry that I can’t do anything about it.”

Earlier in the day, Lee showed his frustration that the rescue operations were not going as speedily as he would have liked. But he soon faced a public backlash, with many people criticizing him for being too negative in his comments.

Meanwhile, Lee’s solo concert “Together,” which was supposed to be held on May 17 and 18 at Ax Hall in eastern Seoul, will be postponed temporarily.

“Due to my deep sadness about what happed to the Sewol ferry, we are canceling the concert. Sorry to all of you who had waited for it and we send our deepest condolences to the family and all the relatives of the victims,” he wrote.