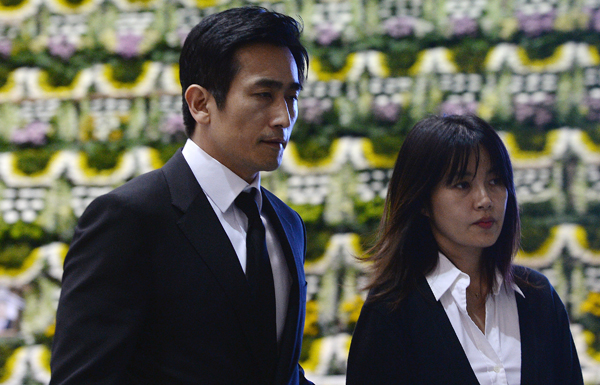 Celebrity couple Cha In-pyo and Shin Ae-ra visited a memorial altar set up in Ansan, Gyeonggi, yesterday to pay tributes to the students of Danwon High School who died in the Sewol ferry disaster. Yesterday morning at Ansan Olympic Museum, where the memorial altar was set up, the couple was spotted leaving after paying their respects to the deceased.

Many celebrities have paid condolences to the deceased, but Chan and Shin were the first to visit the altar.

The temporary mourning altar opened to the public yesterday morning.