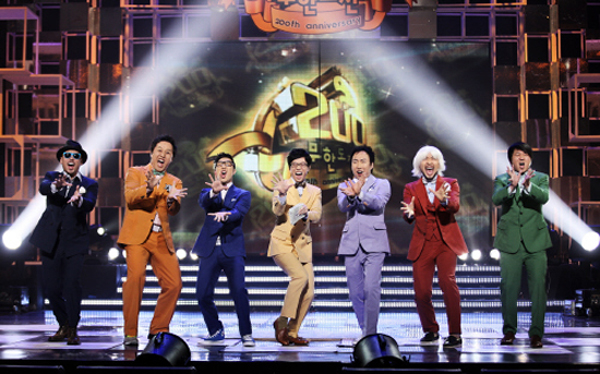 MBC signature entertainment show “Infinite Challenge” will reportedly resume its show following a temporary suspension in the wake of the Sewol ferry tragedy.

The show’s seven hosts were reduced to six, after news broke last week that Gil Sung-joon, aka Gil of veteran hip-hop duo Lee Ssang, was caught driving under influence. He has since exited.

The production team canceled the show for two consecutive weeks to offer condolences to the victims of the Sewol.

Chief producer Kim Tae-ho decided to resume filming. Some parts of the already recorded footage will need to be edited to have Gil’s appearances removed.

The six hosts, in the meantime, visited the altar in Ansan, Gyeonggi, to say farewell to the victims of the ferry disaster, many of whom were 11th-grade students on an annual school trip to Jeju Island. It was reported that they also made donations to the victims’ families.

MBC still hasn’t confirmed if the show will be aired starting Saturday.