New musical on the cards for G.O.

New musical on the cards for G.O. 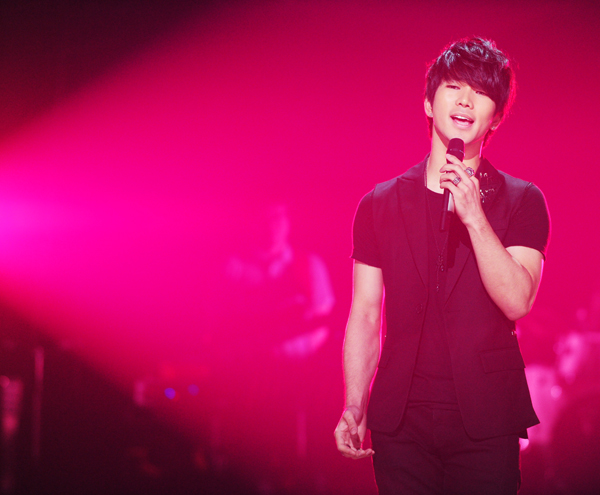 G.O. of K-pop boy group Mblaq is determined to emphasize his acting career. But unlike his bandmate Lee Joon, his main focus is not on television or film - G.O., 26, is returning to the theater this season.

Yesterday, G.O. attended a press conference for the upcoming musical “Kingdom of the Winds: Moohyool,” an original production by the Seoul Performing Arts Company.

“I am quite nervous but thrilled at the same time,” noted the singer at a press conference held in the Seoul Arts Center, southwestern Seoul, yesterday.

In the musical, he will play Prince Hodong of Korea’s ancient Goguryeo Kingdom.

“Performing in the Seoul Arts Center is so overwhelming. I’m not even sure if I can come back to the SAC again. I’m truly honored,” he said

Based on Kim Jin’s comics of the same title, the story depicts the early days of the Goguryeo Kingdom, where members of the royal family experienced a series of power struggles.

This is G.O.’s third time appearing in a musical. In 2012, he debuted in the Japanese edition of the musical “Gwanghwamun Sonata.” He’s currently part of “Seopyeonje,” which features the lifelong journey of pansori (Korean traditional opera) singers.

“Kingdom of the Winds” will run from May 11 to 20 at the Seoul Arts Center.