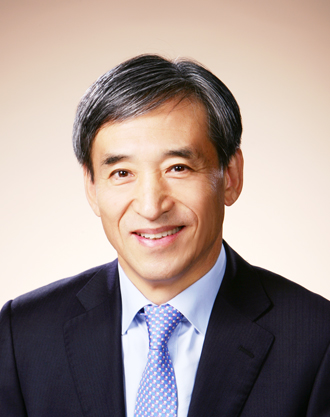 Astana, KAZAKHSTAN - Bank of Korea Governor Lee Ju-yeol said at an Asian Development Bank (ADB) meeting that he would give a warning two to three months ahead of any changes to the central bank’s monetary policy rate.

“There will be no sudden interest rate adjustment,” Lee told Korean reporters in Kazakhstan on Saturday where he attended the Asean+3 meeting, a meeting on the sidelines of the ADB’s annual conference.

“Monetary policy is about managing expectations,” the central bank governor said. “To build up that expectation, we have to act as we say in order to build trust. We shouldn’t make a left turn when we switch on the signal for a right turn.”

The comment was famously made by Lee’s predecessor Kim Choong-soo.

Since the start of his term four years ago, Kim’s credibility was often called into question because his comments were ambiguous and he often made monetary policy decisions that contradicted his earlier statements.

Kim was frustrated by the comments that he wasn’t trustworthy and defended himself by saying he always makes a right turn after signaling right.

Lee, who was formerly deputy governor under Kim, has stressed the need to recover the market’s lost trust in the central bank.

Although cautious, the governor hinted that he may tighten monetary policy, likely in the second half of the year. The key interest rate has remained at 2.5 percent since it was lowered from 2.75 percent in May last year.

“The central bank recently projected a recovery that would continue through next year, and it seems like the market has accepted that as a signal of an interest rate hike and therefore evaluated [me] as hawkish,” Lee said. “The situation can change if there are changes in the economy, but if it goes in the direction of the outlook, it would be difficult to see a lowering of the interest rate.”

Lee said he was confident that the economy would achieve 4 percent growth by the end of the year.

But he stressed that growth did not mean that the central bank would make an immediate adjustment.

He said the situation has to be closely monitored at least until the end of the first half of the year, while noting that he had not specified whether the interest rate would be lowered or raised.

The governor said he was interested in recreating a team to focus on unification and would also rearrange the communications department.

Lee said the communications department has not been fulfilling its purpose and that the team’s work is unfocused and too broad.