Ji gets out of the military

Ji gets out of the military 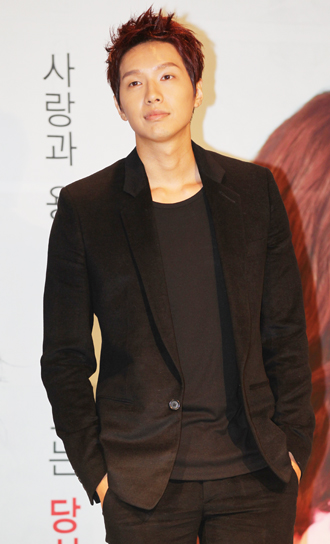 Ji Hyun-woo of “Old Miss Diary” (2006) officially finished his military service and greeted hundreds of fans from China, Japan and Korea yesterday, according to local media.

“I am planning on having dinner with my parents today,” said the 30-year-old actor in Wonju, Gangwon, where he was discharged. “Since I am officially discharged, I want to meet my fans as actor Ji Hyun-woo, not as Sergeant Joo Hyun-tae [Ji’s real name].”

When asked about his girlfriend Yoo In-na, Ji said, “That is a quite tough one to answer,” raising doubts about the state of their relationship.

However, later in the afternoon, Yoo’s agency YG Entertainment said, “Yoo had a busy schedule such as recording a documentary’s narration, which is why she could not greet Ji on the scene.”

Ji, who debuted in 2003, grabbed a lot of female fans’ attention. After appearing in tvN’s drama “Queen In-hyun’s Man” in 2012, Ji went public with his romantic relationship with Yoo, who co-starred in the drama with Ji.