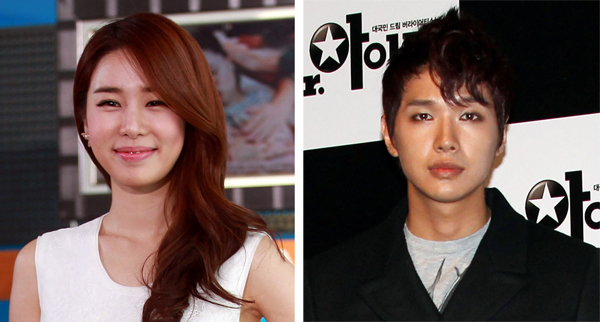 Industry insiders raised questions about the couple’s stability when Yoo did not attend Ji’s May 6 press meeting about his discharge from the Korean Army. When asked about the actress, Ji refused to comment.

But Yoo’s agency, YG Entertainment, denied the rumor at the beginning of the month, with an official response: “They are doing just fine, nothing serious has been going on. Because In-na was busy that day, she wasn’t able to make it.”

It turned out that Yoo did not want the news about their relationship to overshadow her ex-boyfriend’s future career.

Ji started his acting career on the KBS daily sitcom series “Old Miss Diary” in 2004. During the same year, his popularity was fueled by his rock band’s album, “The Nuts.”

Meanwhile, Ji has been cast as the lead role in the upcoming KBS drama “Lover of Trot.”