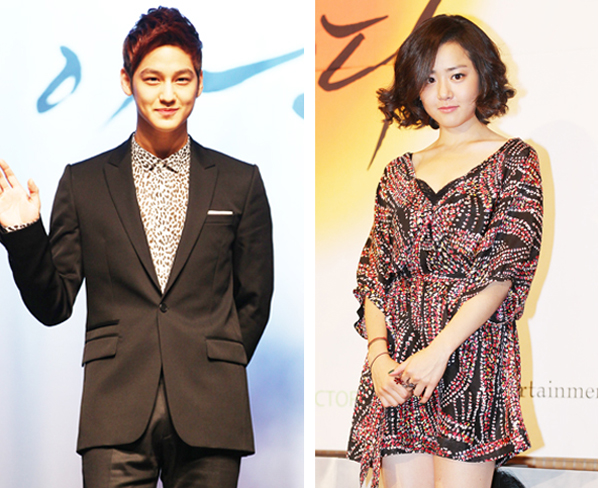 Moon Geun-young and Kim Beom, who made their relationship public in November after being spotted traveling together in Europe, announced yesterday that they have broken up.

“Geun-young said that they are no longer in an exclusive relationship,” said Moon’s agency, Namu Actors, to local media, adding that the actress wanted her fans to support both of them in the future.

The couple first met on the MBC historical drama “Jung-Yi: Goddess of Fire,” where Kim played the bodyguard of Moon’s character, a genius Joseon Dynasty (1392-1910) artist.